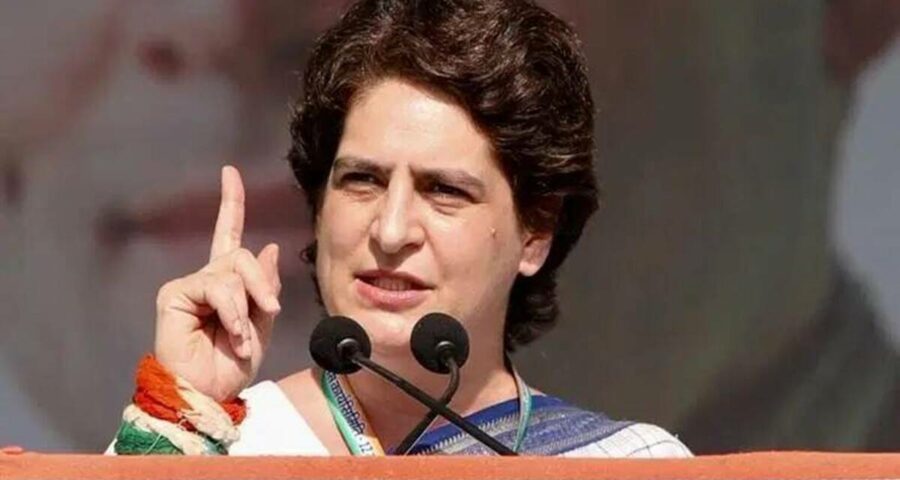 Among the other fresh electoral promises that have been made by Congress are relief packages of Rs 25,000 to Covid-affected families and government jobs to 20 lakh people Just days after AICC general secretary Priyanka Gandhi Vadra announced that 40% of party tickets in the forthcoming UP polls will be reserved for women, the Congress on Saturday made a series of election promises – from giving smartphones and scooties to girl students, complete waiver of farmers’ debts, government jobs to 20 lakh people to relief packages of Rs 25,000 to each Covid-affected family, among others.

The grand old party has also promised MSP of Rs 2,500 for rice and wheat per quintal and Rs 400 for sugarcane per quintal. The Congress further said that electricity bills will be halved if it comes to power in the state.

Priyanka, while making the big announcement on Tuesday, had said, “UP mein Congress party 40% ticket mahilaon ko degi. Humari pratigya hai ki mahilayen UP ki rajneeti mein puri tarah bhagidar hongi (The Congress will reserve 40% tickets for women in UP. It is our pledge that women will participate fully in UP’s politics).”

Later, responding to a question from ANI on contesting from Rae Bareli or Amethi, Priyanka said: “Ek-na-ek din toh ladna hi hai, na (I will have to fight from there one day, isn’t it?)” She, however, added that the “decision (on contesting the polls) has not yet been taken”. “We will see as things develop,” she said.

Priyanka had also said that the party’s latest decision was meant to benefit “common women”. She said: “My fight is for a new kind of politics. It is for those who cannot raise their voices… So that change can come here and bring with it the politics of service.”