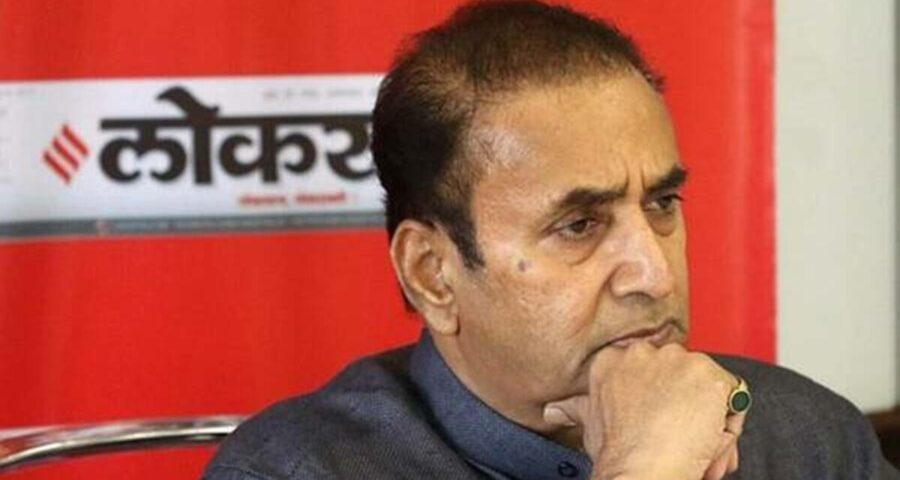 Earlier in the day, the ED arrested Anil Deshmukh's personal secretary Sanjeev Palande and personal assistant Kundan Shinde in connection with the charges of money laundering against the politician who allegedly took a bribe of up to Rs 100 crore. A special Prevention of Money Laundering Act court in Mumbai on Saturday sent two aides of former Maharashtra home minister Anil Deshmukh to the custody of the Enforcement Directorate (ED) till July 1.

Earlier in the day, the law enforcement agency arrested Deshmukh’s personal secretary Sanjeev Palande and personal assistant Kundan Shinde in connection with the charges of money laundering against the politician who allegedly took a bribe of up to Rs 100 crore.

The two aides of the former home minister were found to be not cooperating with the investigating officers, even after around nine hours of questioning at the central probe agency’s Ballard Estate office in Mumbai, reported news agency PTI quoting ED officials.

Additional Sessions Judge U J More, who was hearing ED’s remand application, was told by ED’s counsel that the Enforcement Case Information Report (ECIR) was registered on May 11.

The arrests came a day after ED conducted searches at Deshmukh’s residence in Nagpur. Sources said the ED has established a money trail of Rs 4 crore, allegedly paid by about 10 bar owners in Mumbai to Deshmukh over three months. Based on the new findings, the ED had carried out searches at four locations, including Deshmukh’s residence, and the premises of Shinde and Palande.

ED’s counsel,advocate Sunil Gonsalves told the Special Court that the probe revolves around two issues including  transfers/postings of officers and extortion from bars and restaurants. It was further submitted that Rs. 40 lakh was paid by 60 bar owners to the suspended and arrested Assistant Police Inspector (API) Sachin Waze last December and bar owners have given a statement that amount was paid for ‘smooth functioning’ and as ‘good luck money’.

The central agency submitted that while CBI is investigating corruption, the ED is probing the money trail and proceeds of crime were required to be linked. It further said that the two accused were not cooperating with the agency, therefore their custodial interrogation was required. ED said that the role of Deshmukh’s organization Shri Sai Shikshan Sanstha from Nagpur has come to the ‘forefront’ as the Shinde was associated with the same. “All the money needs to be tracked and the role needs to be ascertained and therefore 7-day custody be granted,” ED submitted.

After the judge sought to know as to where over Rs. 4 crore lie, ED’s counsel said that the same is with the banks and is rotated. It is sent to Delhi, then through Hawala sent to some Trust and companies owned by the former home minister and there are major entries of 2020-21. the agency claimed.  “involvement of a foreign angle may not be ruled out at this stage. Shinde and Palande have emerged as important cogs in the wheels,” ED said.

However, advocate Shekhar Jagtap for Palande said that ED’s case was ‘politically motivated’ and ‘biased’ as Waze was named as accused, while agency had relied on his statements to illegally raid and arrest people and denied claims of gratification sought by Palande or Deshmukh.

The ED’s probe into Deshmukh’s financial transactions is in line with the CBI probe into former Mumbai Police Commissioner Param Bir Singh’s allegations of corruption against the NCP leader. However, Deshmukh has denied all allegations.

In his letter to Chief Minister Uddhav Thackeray after he was removed as the Mumbai Police chief, Singh had alleged that Deshmukh had asked police officers, including the now suspended Assistant Police Inspector Sachin Waze, to collect Rs 100 crore, including Rs 40-50 crore each month from 1,750 bars and restaurants in Mumbai.

The ED registered a case against Deshmukh for allegedly obtaining illegal gratification, based on an FIR filed by the CBI in April. The CBI FIR said Deshmukh had used his official position to obtain certain undue advantage and had also influenced transfers and postings in the Mumbai Police, as alleged by Singh.

Waze is being probed by the NIA for his alleged role in the case related to the bomb scare outside Mukesh Ambani’s residence and the murder of businessman Mansukh Hiran.

After being suspended for 15 years for a custodial death case, Waze had rejoined the police force in 2020.