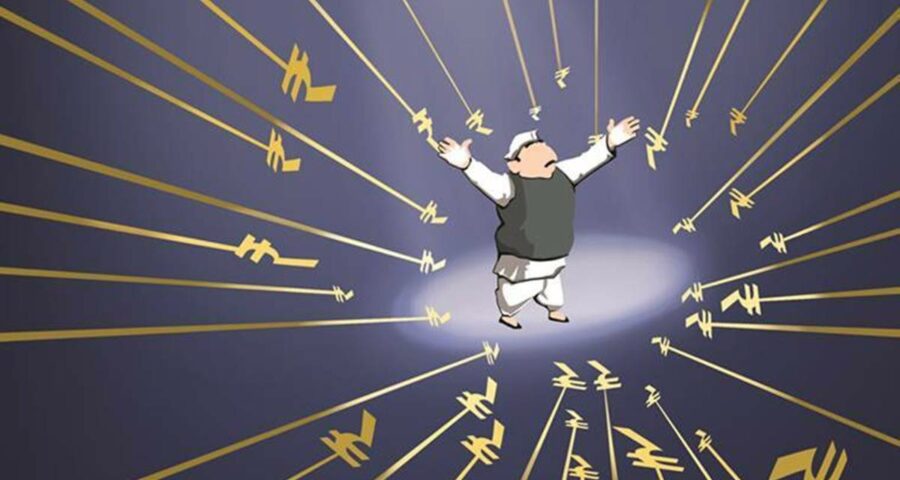 It was the TMC who trumped the BJP in terms of the election campaign expenses, by a margin of Rs 3 crore. A fresh tussle has erupted between the TMC and the BJP over campaign expenditure in the Assembly polls earlir this year , with both parties claiming that the other spent more than what they conveyed to the election commission.

It was the TMC who trumped the BJP in terms of the election campaign expenses, by a margin of Rs 3 crore. According to the estimates submitted by both the parties to the Election Commission, the BJP spent over Rs 151 crore in the Bengal Assembly polls. The cost incurred by the TMC in the assembly polls was more than Rs 154 crore.

Six months ago, assembly elections were held in five states: West Bengal, Kerala, Assam, Tamil Nadu and Puducherry. The political parties recently submitted their respective campaign expenses to the Election Commission of India. Those details show that the BJP has spent a significant amount of money on campaign in five states: totally around Rs 252 crore. Of this, Rs 151 crore was spent in West Bengal alone. However, the TMC spent even more than the BJP, as per the details submitted to the EC. On the other hand, other opposition parties such as the CPM and the Congress are far behind by the TMC and BJP in this regard. This time, the CPM won the Keral assembly election for the second consecutive term.

BJP spokesperson Shamik Bhattacharya said, “During the polls, the Chief Minister used to say that the BJP was trying to buy votes by scattering money. And their (TMC) poor team just fighting with love. Now, the information with Election Commission reveals the opposite!”

Denying the BJP’s allegation, TMC MP Sukhendu Shekhar Roy said, “Several BJP leaders, ministers, MPs have spent lots of money on planes, helicopters, cars and hotels! The BJP’s account of propaganda and everything else is not even a fraction of the total expenditure. We have calculated what we have spent and gave the exact amount to the Election Commission.”