Delhi riots: Advocate Menaka Guruswamy told the court that the prosecution's best evidence was the video footage of the incident which shows that Sharukh Pathan did not shoot at the policeman, Deepak Dahiya. 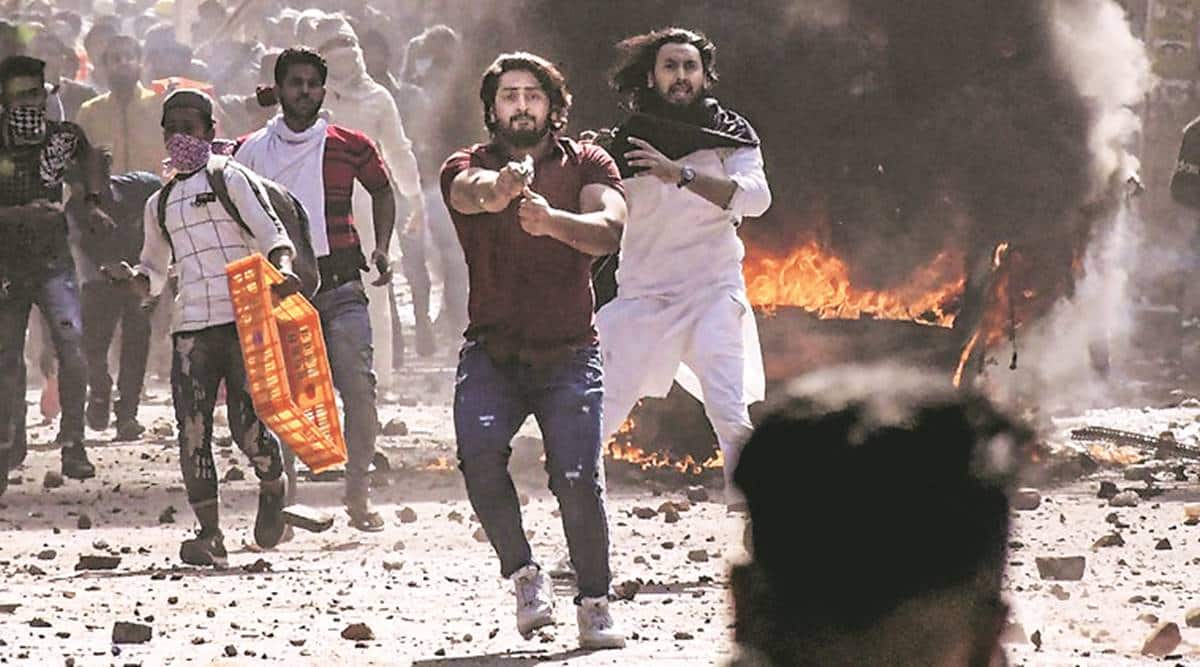 Sharukh Pathan, who was photographed pointing a gun at a Delhi Police head constable during the northeast Delhi riots and is facing trial in an attempt to murder case, through his lawyer, has told a court here that the “state consistently improves on the case that they don’t have”.

Senior Advocate Menaka Guruswamy appeared for Pathan before Additional Sessions Judge Amitabh Rawat and wrapped up her arguments seeking discharge for Pathan and argued that this case was a “test of the judicial system, bar, and the city we live in.”

Guruswamy told the court that the prosecution’s best evidence was the video footage of the incident which shows that Pathan did not shoot at the policeman, Deepak Dahiya.

“We are fortunate there is a video which clearly demonstrates in the chaos, Pathan at no point shoots at the police officers but, in fact, fires in the air, in a distance,” she argued.

She then took the court through the multiple statements made by Dahiya. Referring to one such statement, Guruswamy argued that Pathan’s role went from being part of the crowd to leading an anti-CAA crowd.

Guruswamy argued that the “recollection of a person dramatically changes” as a statement made after three months states that the crowd is firing at the police.

She relied on another supplementary statement and told the court, “Nine months after the incident, he says not only am I firing, but I am part of the crowd pelting stones. He also states there is another person…No TIP (test identification parade), just like that this magic happens.”

A TIP proceeding is conducted so that the witnesses who claim to have seen the accused at the time of the incident must identify them without any aid from another source.

“We have mechanisms in place which prevent exactly this. We have TIP for this reason so that you don’t magically introduce yet another person…The hard cases of our times are never a test of the accused. It’s the test of the judicial system, bar, and the city we live in. Do we go higher?,” Guruswamy argued.

While referring to another statement, she argued that Dahiya “remembers he got injured” one year after the incident.

She argued that Dahiya was mistaken that Pathan was firing at him and played the video in slow motion before the court to substantiate her arguments.

Guruswamy argued, “If I wanted to injure or kill, I have ample opportunity. This is conduct subsequent to the shot. Where is the intention to kill him? If I intended to shoot someone and I had three rounds. Would I not have hit him? Would I tell him to fall back? Words have been exchanged. Look at the body language. I have my hand on his shoulder. Is this someone I intended to kill? I am trying to scare him. Objectionable as it is for a citizen to scare a police officer, it’s not section 307 (attempt to Murder),” she argued.

Special Public Prosecutor Anuj Handa argued that Pathan “shoots at different direction of the mob, who might be belonging to the different community”.

“Suppose any person would have succumbed to the injuries. Would the offence not have been made out? If this is not section 307, I don’t know what is,” Handa argued.