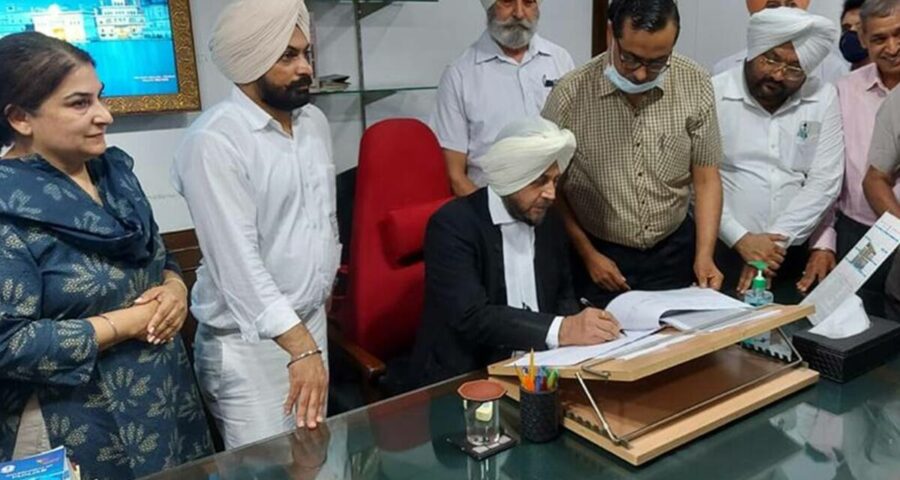 Deol had represented Punjab DGP Sumedh Singh Saini in an alleged corruption case this month, when the Amarinder Singh government was under pressure for failing in making any headway in the 2015 Kotakpura police firing case, in which Saini was an accused. On September 7 earlier this month, following a petition of the bureau, the court of chief judicial magistrate (CJM), Mohali, had issued a show-cause notice to former Punjab director general of police (DGP) Sumedh Singh Saini and his counsels, asking why contempt proceedings shouldn’t be taken up against them for misguiding the court in the land fraud case against the DGP.

The VB petition is in direct link with the appearance of Deol for Sumedh Saini before the high court. Deol was not Punjab’s AG when the petition was filed.

In its petition, the VB had alleged that Saini and his counsels had made an incorrect statement in the court of the CJM on August 19, 2021, that Punjab and Haryana High Court had stayed proceedings of remand of Saini in the land fraud case after which the court had deferred the proceedings.

On the same day, APS Deol was appearing for Sumedh Singh Saini before the high court and had termed his arrest by the Vigilance Bureau on August 18, 2021, illegal.

Saini’s lawyers in Mohali Court are suspected to be taking instructions from the high court counsel APS Deol, as he was appearing for Saini.

The petition added, “It is therefore respectfully prayed that cognisance of the criminal contempt of this court committed by Sumedh Singh Saini and anyone else be taken into account and in pursuance thereof, reference be made to the Punjab and Haryana high court for taking up proceedings against the said persons for punishing them under the Contempt of Courts Act, 1971, in the interest of justice.”

Now, after Deol became the AG, the bureau’s officials are not sure as to which way petition would go. “The court has summoned records with respect to the contempt petition. It is on record that APS Deol was the senior advocate appearing before the high court for Saini on August 19. On the same day, Saini’s lawyers were in Mohali Court to attend the proceedings there. Now, a shadow looms large over all the lawyers who were representing Saini in the lower or high court on that day,” an official from the bureau, who did not wish to be named, said.

“All formalities of his arrest were completed and Sumedh Singh Saini was produced before this Hon’ble Court at about 12 noon on August 19, 2021, along with an application seeking police remand for seven days. Counsel for Sumedh Singh Saini, who was prompted by the said accused as well as by two more advocates accompanying Sumedh Singh Saini namely Ramandeep Singh Sandhu and Guninder Singh Brar, made a statement to the effect that proceedings before this Hon’ble Court had been stayed by the Hon’ble High Court and therefore this court should not proceed any further with the remand proceedings. Despite the Public Prosecutor specifying that there was no stay, the above persons insisted not on proceeding any further with the matter and the case was therefore posted for hearing at 4 pm,” the Vigilance Bureau’s plea stated.