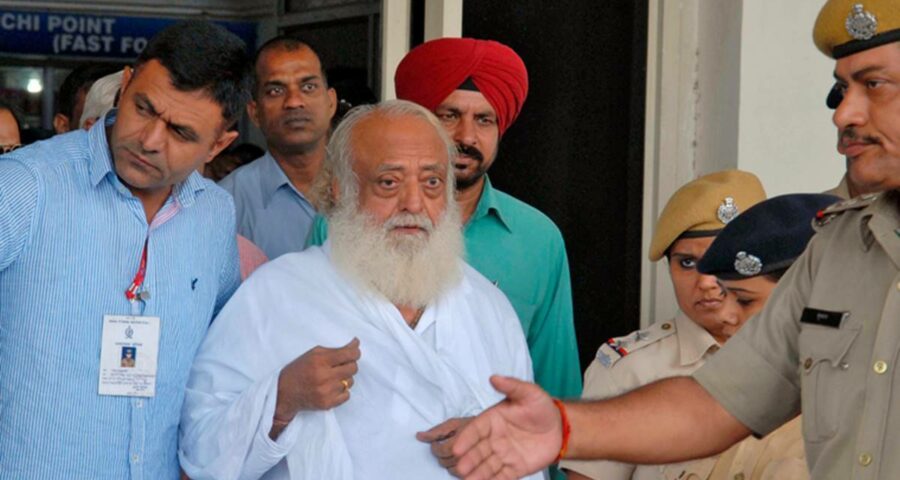 Asaram's counsel stressed that he preferred Ayurvedic treatment and sought permission to shift him to his ashram in Jodhpur, saying his followers can arrange for his treatment there. The court rejected this plea as non-tenable. Self-styled godman Asaram’s plea for interim bail to pursue medical treatment through Ayurveda in Haridwar was rejected by the Rajasthan High Court on Friday.

The court’s rejection came after perusal of the rape convict’s medical report submitted by the All India Institute of Medical Sciences in Jodhpur. Asaram was admitted to the facility after contracting COVID-19.

Passing the judgement, a division bench comprising justices Sandeep Mehta and Devendra Kachhawaha directed the district and the prison authorities to ensure proper treatment of Asaram at a suitable medial institution in light of the observations made in the medical report.

The court also said that he should be provided a nutritious diet and a safe environment once he is back in prison.

Dismissing Asaram’s bail plea, the court cited the recommendations of the medical board that stated his condition was stable and he was fit for discharge, but added that he required further investigations and follow-up for his gastrointestinal bleeding, the treatment for which was not available at the AIIMS.

Asaram’s counsel stressed that he preferred Ayurvedic treatment and sought permission to shift him to his ashram in Jodhpur, saying his followers can arrange for his treatment there.
The court rejected this plea as non-tenable.

“The court is cognizant of the fact that whenever the convict has been taken out from prison, even for attending the dates of hearing during trial, his followers would form huge congregations, creating law and order situations, and currently, the risk of spread of COVID-19 is imminent,” it said.

The petitioner’s counsel then prayed that Asaram be shifted to the Ayurveda University in Jodhpur for treatment of his gastrointestinal bleeding and other ailments, but he was again turned down.

Asaram had tested positive for coronavirus in Jodhpur Central jail and was admitted to MG Hospital on May 5 after he complained of difficulty in breathing.

Two days later, he was shifted to AIIMS, where he underwent treatment for COVID-19. He has recovered from the disease but has developed a gastrointestinal bleed.

In 2018, a Jodhpur court sentenced Asaram to life imprisonment for raping a minor at his ashram in Rajasthan five years earlier.