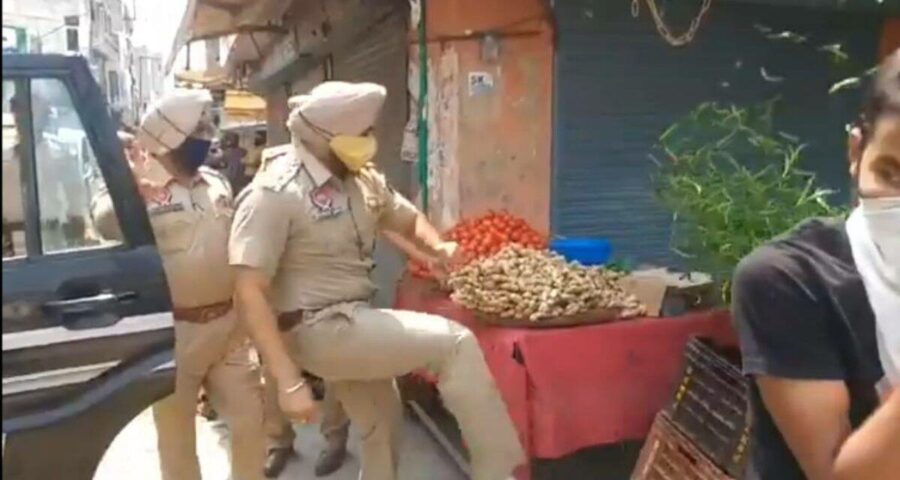 A departmental enquiry has also been initiated against the SHO. 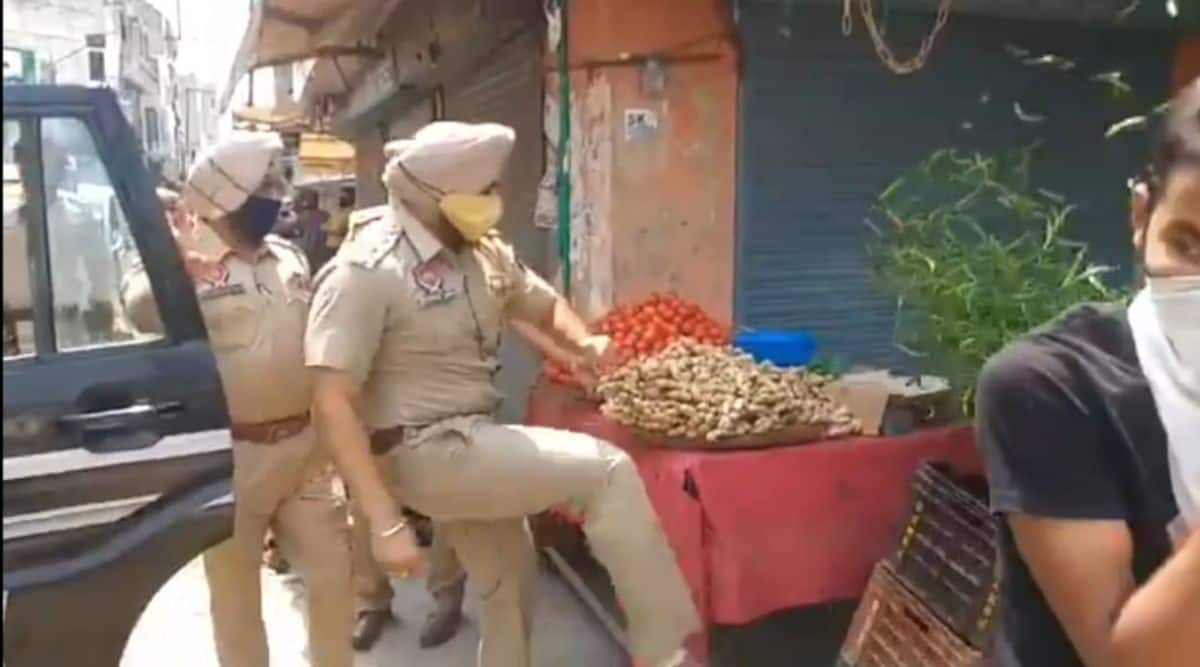 A Punjab Police official was suspended on Wednesday after a video emerged on social media in which he was seen kicking the baskets of a vegetable vendor.

The incident occurred earlier in the day, when Phagwara SHO Navdeep Singh and his team were patrolling the town and checking for infractions of the partial lockdown imposed in Punjab. When they arrived at Sarai road, where several roadside vendors set up shop, SHO Singh got out of his car and started kicking the baskets of a vegetable vendor.

After a video of the incident emerged on social media, Kapurthala SSP Kanwardeep Kaur took swift action and suspended the SHO, stating that such behaviour “is against service rules and is unwarranted”.

SSP Kaur said Punjab Police has been working on the forefront of the war against Covid- 19 for over a year now and has served the people of the state with dedication. She said behaviour like that of SHO Singh “brings a bad name to the entire force”.

A departmental enquiry has also been initiated against the SHO.

Punjab DGP Dinkar Gupta too tweeted about incident, posting, “Absolutely shameful and unacceptable. I have suspended SGO Phagwara . Such misbehaviour will not be tolerated at any cost and those who indulge in it will have to face serious consequences.”

Meanwhile, Kapurthala police personnel have pooled together money to compensate the vendor who was targeted.