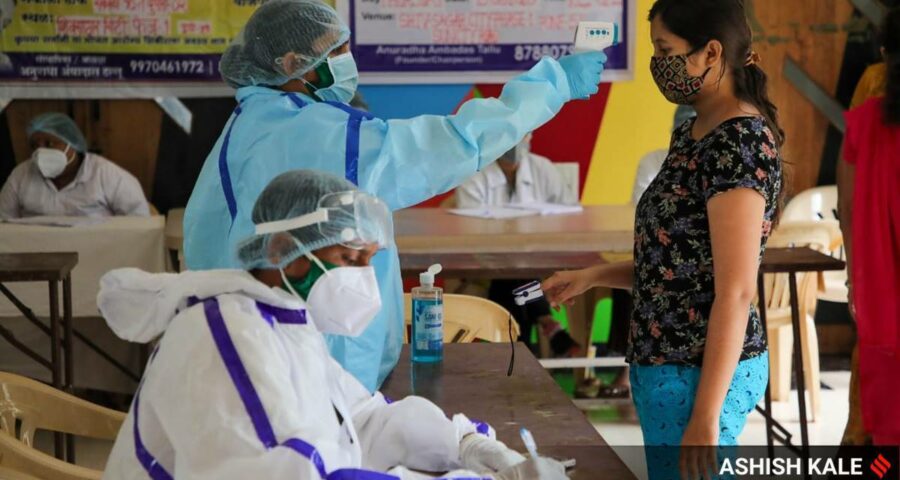 Maharashtra's positivity rate is 4.50 per cent whereas that of Kolhapur and Pune are 10.24 per cent and 7.68 per cent respectively. Pune, Kolhapur, Satara, Sangli and Raigad are the top five districts in Maharashtra that have a weekly Covid-19 positivity rate above the state average.

There are also districts, which had been recording very high numbers earlier, that have brought down the weekly rate to below 3 per cent — Nashik (2.34 per cent) and Solapur (2.96 per cent).

To date, the state has registered more than 60 lakh cases of Covid-19 and 1.23 lakh deaths. While the case fatality rate is at 2.01 per cent, there are currently 1.16 lakh active cases. Nearly 40,000 are admitted to various hospitals and 15,019 are in critical condition. Of these, 5,215 are admitted to intensive care units across hospitals in the state.

Dr Subhash Salunkhe, a technical advisor on Covid-19 to the Maharashtra government, said that after assessing the situation, at least 70 per cent of the adult population will have to be vaccinated by August-end in addition to public health measures that are being taken.

“In order to achieve this, we need to make it obligatory for every shop owner, industrial establishments and small or big trader to get their employees inoculated before restarting their work. This strategy will also address the issue of vaccine hesitancy,” Dr Salunkhe added.