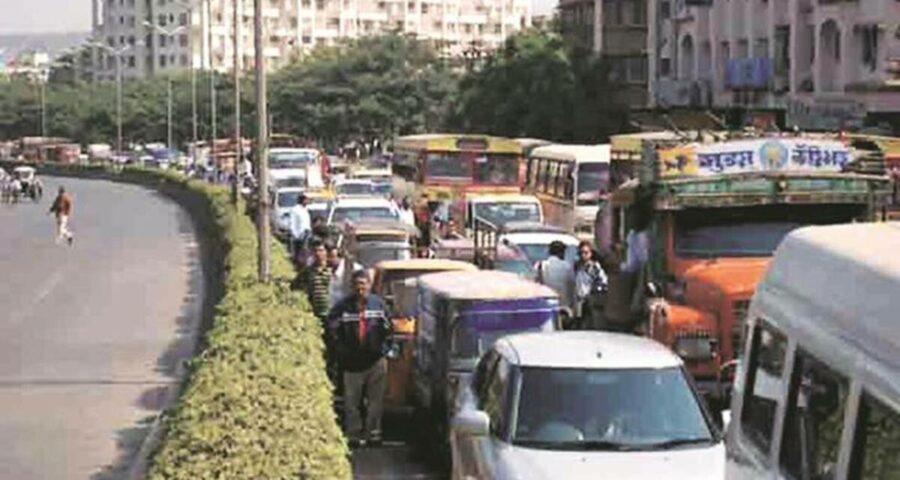 The PMC has had technical hurdles in implementing the flyover project and had to thrice cancel the tender process. The Pune Municipal Corporation (PMC) has for the fourth time floated tenders for a flyover project, from Rajaram bridge to Funtime theatre, to end traffic woes on Sinhagad Road. The estimated cost of the project is Rs 135 crore. Ahead of that, it took the opinion of the Pune metro rail to ensure that it will not face any problem in the proposed elevated metro rail route on the stretch.

The PMC has had technical hurdles in implementing the flyover project and had to thrice cancel the tender process.

The civic administration first started the tender process for the project in September 2019 with an estimated cost of Rs 117 crore but it was cancelled as the bidder quoted 18 per cent above the project cost. It was again cancelled in the second attempt in February last year as only two bidders participated in the bidding. Thereafter, the tender process was started in March last year, but had to be cancelled on the request of contractors who were unable to participate owing to the lockdown.

The PMC had undertaken the flyover project after demand from local citizens and elected representatives citing increasing traffic problems on the only road to the area of Hingne Khurd, Anandnagar, Vadgaon Budruk, Vadgaon Dhayari, Narhe, Ambegaon Budruk, Nanded City and Khadakwasla where the population density has been increasing with rapid pace. Also, the Bangalore-Mumbai bypass puts additional roads for those from the city taking up Sinhagad Road while using the highway for long distance road journeys.

“A lot of time has been lost in the tender process since 2019 but we have to follow the administrative process as per rules. However, we took advantage of the situation and worked to avoid further problems in the project. The PMC took the opinion of the Pune metro rail as it is going to develop an elevated metro rail route on Sinhagad road as per the demand of the civic body,” said civic officer.

There were small changes made in the proposed alignment of the flyover to ensure there is no problem in the structure considering a metro route would be developed on the same stretch, he said.

“The Pune metro rail is yet to decide on the alignment of its route on Sinhagad Road but we decided to play safe by taking their opinion to avoid problems in future. They have given a go-ahead to PMC for constructing the flyover, saying there will not be a problem for developing the metro rail route as separate pillars can be erected for elevated metro rail and at a safe distance from pillars of flyover.”

However, the delay is likely to increase the project cost as the estimate for the work has increased by around 15 per cent. “The hike in estimated cost of the project is due to change in rate of material in the last two years,” said a civic officer..

The civic body has not been able to widen the Sinhagad road due to the residential buildings close to either side of the road. The PMC had proposed the implementation of Bus Rapid Transit System (BRTS) on the road but had not been able to implement it due to lack of space for developing dedicated lanes for the BRTS on existing roads. However, the demand for metro rail route connecting Sinhagad road localities to Swargate and other areas is gaining momentum.

The PMC had undertaken the flyover project after demand from local citizens and elected representatives citing increasing traffic problems on the only road to the area of Hingne Khurd, Anandnagar, Vadgaon Budruk, Vadgaon Dhayari, Narhe, Ambegaon Budruk, Nanded City and Khadakwasla, where the population density has been increasing with rapid pace.

NCP MP Supriya Sule has urged the PMC to take up the metro rail work on Sinhagad road to reduce the sufferings of citizens who are forced to take to their private vehicles for commuting to other places.