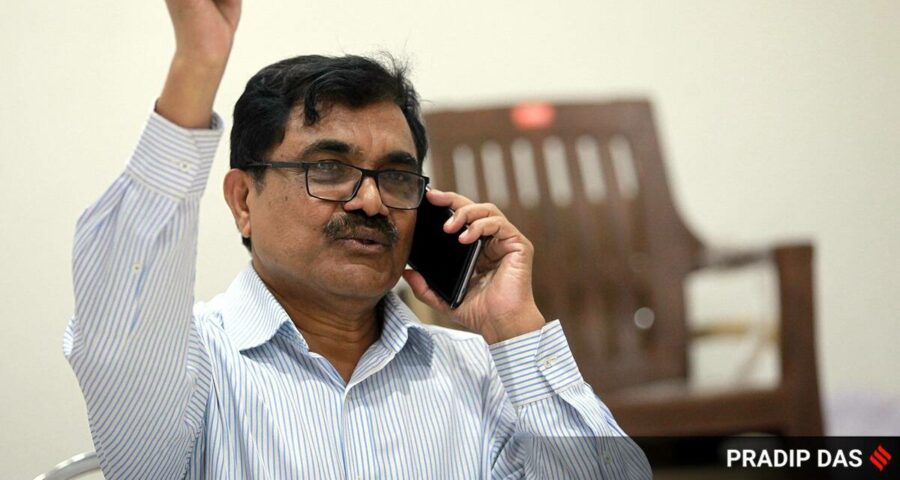 In the 40-page detailed order made available on Friday, the court said, "Upon perusal of the documents, this court does not find that the accusations are inherently improbable or wholly unbelievable." In its detailed order rejecting bail to former IIT professor and academic Anand Teltumbde, arrested in the Elgar Parishad case, a special court has said he cannot be released when there is a “prima facie” case against him under the Unlawful Activities Prevention Act (UAPA).

Special Judge Dinesh E Kothalikar had on Monday rejected the bail application of 70-year-old Teltumbde who has been behind bars since April 14, 2020.

In the 40-page detailed order made available on Friday, the court said, “Upon perusal of the documents, including the exchange of emails and the statements of the witnesses relied upon by the prosecution, and after cross-checking the truthfulness of the allegations made against the applicant, this court does not find that the accusations are inherently improbable or wholly unbelievable.”

It said it had to consider the rider under section 43D(5) of UAPA which states that if there are reasonable grounds for believing the accusation is prima facie true, the accused cannot be granted bail.

Two days before his death, on July 5, Father Stan Swamy, Teltumbde’s co-accused in the case, had moved the Bombay High Court challenging the constitutionality of this provision, stating that the presumption of innocence was inverted due to it and it violated fundamental rights.

Special Public Prosecutor Prakash Shetty, representing the National Investigation Agency (NIA), had opposed Teltumbde’s bail plea, alleging that he was an active member of the banned organisation CPI (Maoist) and was furthering its agenda. He also claimed that a witness statement showed that Teltumbde was in touch with his brother, Milind, named in the chargesheet as an absconding accused, and alleged top operative of the organisation. The NIA claimed the witness further said Milind had told him that he was inspired by Teltumbde to join the organisation.

Teltumbde’s lawyer Sudeep Pasbola opposed the ground, stating that it was hearsay evidence.

The court, however, agreed with the prosecution’s submission. “… the wanted accused (Milind) is the best person to state as to by whose conduct or activities he was being impressed and therefore, in my view, the statement made by the wanted accused that he was impressed by the applicant for furthering the activities of banned terrorist organisation can be said to be relevant,” the court said.

The court considered 11 documents, including emails and letters, submitted by the prosecution, along with witness statements.

The NIA also referred to an email by Teltumbde about a signature campaign to various authorities, including the President, Prime Minister and Chief Minister of Maharashtra in 2019, to garner support from various cross sections of society as he faced arrest in this case. The SPP called this an attempt by Teltumbde to build pressure.

While Pasbola submitted that the documents referred to by the NIA are not admissible as evidence, the court said it was not expected to conduct a ‘roving inquiry’ at the stage of deciding a bail plea, and that it would amount to a “mini-trial”.

The court also took into account earlier orders against Teltumbde, including the Pune court denying him anticipatory bail and the Bombay High Court’s court order rejecting his plea to quash the FIR.

While Pasbola submitted that the previous orders cannot have a bearing on his current bail plea, the court said that “it is not possible to record a contrary finding” (with the earlier orders).

The NIA in its chargesheet had alleged that Teltumbde used to attend international conferences and bring “foreign Maoist literature” to use for training purposes of CPI (Maoist) members. Teltumbde had said his attendance in these conferences was public information, with expenses borne by universities which had invited him due to his academic background. Teltumbde had also said he belonged to a Dalit family and had, despite hailing from a poor family, through hard work, reached the academic position in life.

The court however said his educational qualification and social background cannot be considered while deciding his bail plea.