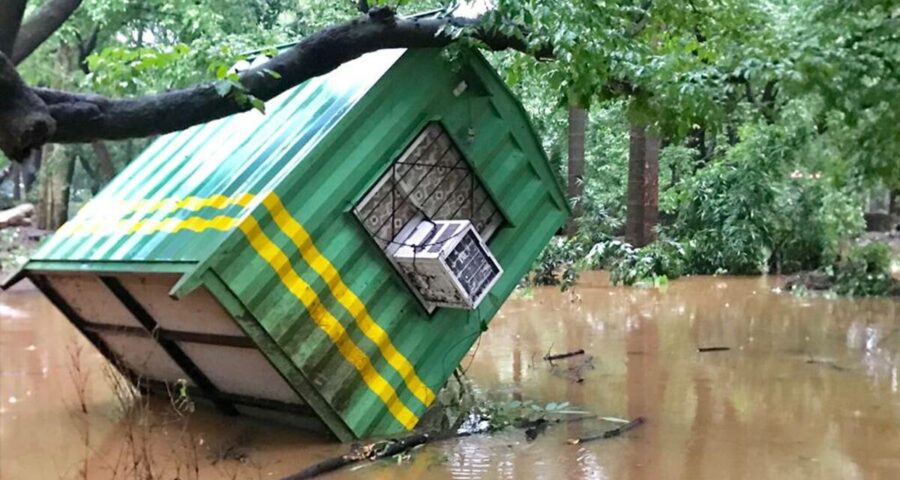 An employee said food, ration and clothes were washed away by the rain. Dahisar has recorded 190 mm of rainfall till now. 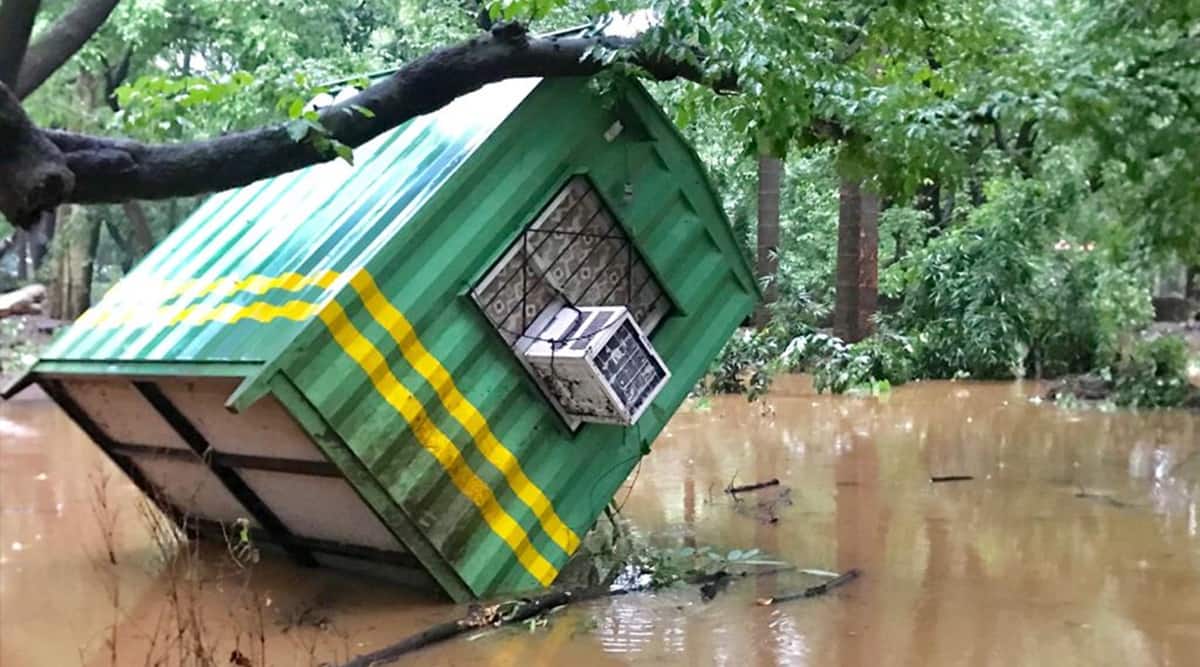 The office of the Sanjay Gandhi National Park (SGNP) and the residential quarters of five forest officers were damaged by incessant rain in Mumbai that started Sunday morning.

“Following the rain, water from the Dahisar river started gushing into out premises. The quarters of five of our employees were completely submerged. They had rushed to my house at 2.30 am and have been temporarily shifted to the guesthouse. The entire area is covered in mud. Dahisar has recorded 190 mm of rainfall till now,” SGNP director G Mallikarjun told The Indian Express.

Anwar Ahmed, the former director of SGNP said a similar situation had happened in 2016 and 2019. “We had submitted a plan to construct new offices at a height, but somehow, the money was not sanctioned,” he added. The funds to reconstruct the offices were sanctioned earlier but was returned by the then SGNP director Vikas Gupta, environmentalist Debi Goenka said, while adding that Rs 95 lakh was spent to renovate the guesthouse.

Ahmed informed that he had requested that the same funds be returned. Mallikarjun said that the only solution to this problem is constructing the office at a higher location.

A staffer said that some of the houses were completely covered with loose soil and it will take at least four days to clean it. “Food, ration and clothes have washed away,” he added.

Principal chief conservator of forest (wildlife) Sunil Limaye said, “We are in process of constructing a new office and the quarters, too, will be shifted. Today’s situation happened because of the sudden incessant rain. Hopefully, this will be the last time that our employees go through such a situation.”