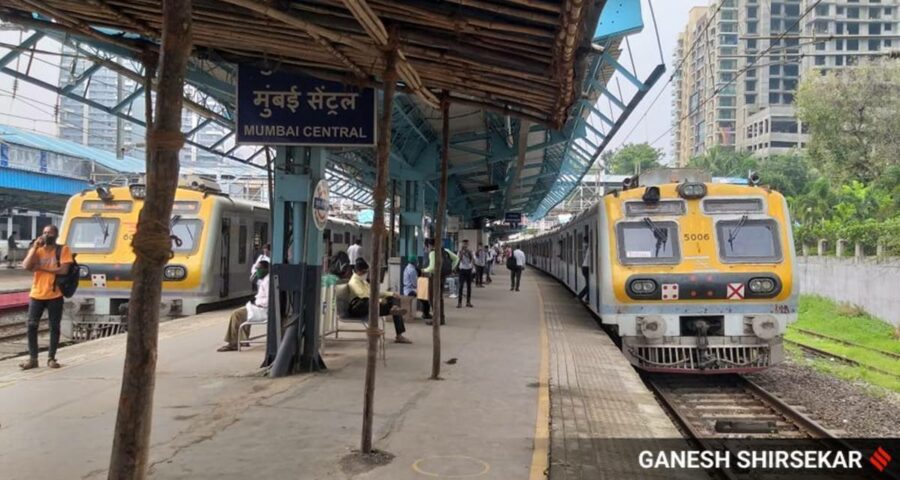 In Mumbai, Kalyan-Dombivali, Vasai-Virar and Navi Mumbai, cases rose slightly in the 10 days following the opening up of trains, compared to the 10-day period before the reopening. But the spike is insignificant, said a top official. Despite over 32 lakh people travelling in local trains every day on both the Western and Central lines in packed compartments during rush hours, fears that this may lead to a surge in cases in the Mumbai Metropolitan Region has so far not come true.

In fact, Thane, Mira-Bhayander and Bhiwandi have noted a decline in new cases in the 10 days following the opening up of local trains to all commuters. However, experts do not rule out that it may result in a spike in the coming days, but say it may only be a small one.

In Mumbai, Kalyan-Dombivali, Vasai-Virar and Navi Mumbai, cases rose slightly in the 10 days following the opening up of trains, compared to the 10-day period before the reopening. But the spike is insignificant, said a top official.

“Even before trains became fully operational, they were running up to 80 per cent of their capacity. The scope of physical distancing was low even then. The increase in passenger footfall has not affected ventilation or distancing in trains to a great extent,” said Dr Shashank Joshi, member of the State Task Force. Joshi added that a marginal spike may be noted in the next two to three weeks because more people are now travelling for work.

“A mild spike is expected in the coming days due to local trains and increase in socialisation activity,” said Professor Sandeep Juneja, Dean of School of Technology and Computer Science at the Tata Institute of Fundamental Research (TIFR), adding, “As per our projections, I would not be surprised if cases go up to 600-700 a day in Mumbai.”

TIFR had released a projection simulation model last October, noting that if trains became operational from November or January, a small spike in cases would be noted, which would not put strain on existing hospital infrastructure. “Any increase in intermingling will lead to rise in cases,” said Juneja.

But the recent rise could also be attributed to increased testing. On Tuesday, 15,688 tests were undertaken, higher than the previous three days, when 8,000-14,000 tests were conducted. A BMC health official said with the temperature drop over the last few days, more people with respiratory infections are turning up at clinics, leading to increased Covid-19 testing.

Thane, Mira- Bhayander and Bhiwandi have noted a fall in new cases although residents in these corporations travel to Mumbai for work and prefer local trains to buses. In Mira-Bhayander, from 224 new cases detected before reopening of trains, the figure fell to 118, and in Bhiwandi, it fell from 30 to 10.

Chanda Jadhav, assistant commissioner in A ward, which covers Fort, Colaba and Nariman Point areas, said they are noting an increase in footfall of office-goers in the area. “But the number of new cases has remained constant. There is no major change in the transmission pattern yet,” she said.

In a positive indication, the number of deaths is down to between 3 and 7 daily, and hospitalisations have dipped from over 4,000 to 2,872 in a month in Mumbai. The city has conducted 2.10 lakh tests per million, less than Delhi, Bengaluru, and states like Kerala and Tamil Nadu, but more than Maharashtra’s average.