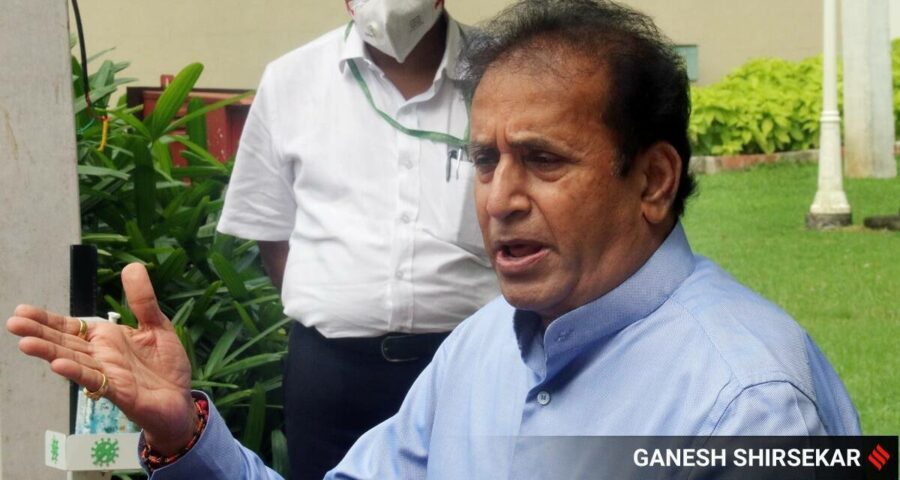 "The attached assets are in the form of a residential flat valued at Rs 1.54 crore located at Worli, Mumbai and 25 land parcels of book value Rs 2.67 crore, located at Dhutum villages in Uran, Raigarh district of Maharashtra," said ED in a statement. The Enforcement Directorate (ED) on Friday said it has provisionally attached immovable assets worth Rs 4.2 crore belonging to former Maharashtra home minister Anil Deshmukh and his family embers under the Prevention of Money Laundering Act (PMLA) in a corruption case.

“The attached assets are in the form of one residential flat valued at Rs 1.54 crore, located at Worli in Mumbai, and 25 land parcels of book value Rs 2.67 crore, located at Dhutum village in Uran, Raigad,” said ED in a statement.

The agency said its probe has found that Deshmukh, while acting as the home minister of Maharashtra, “received illegal gratification of approximately Rs 4.7 crore in cash from various orchestra bar owners” through the now dismissed Mumbai Police officer Sachin Waze, an accused in the Ambani terror scare and businessman Mansukh Hiran’s murder cases.

According to ED, Deshmukh’s family “laundered the tainted money of Rs 4.18 crore and projected it as untainted by showing the same as amount received in the trust, namely Shri Sai Shikshan Sanstha”.

The agency has alleged that Deshmukh’s Worli flat, registered in the name of his wife Aarti Deshmukh, was bought with cash in 2004 but the sale deed was executed only last February when Deshmukh was serving as the home minister.

“Further, Deshmukh family has acquired 50 per cent ownership in Premier Port Links Private Limited, including its assets, i.e. land and shops totally valued at approximately Rs 5.34 crore (book value), by merely paying amount of Rs 17.95 lakh, that too after a substantial gap,” said the ED.

Earlier, the agency had arrested Deshmukh’s private secretary Sanjeev Palande and private assistant Kundan Shinde in connection with the case.

The ED probe into Deshmukh’s financial transactions is in line with the CBI investigation into former Mumbai Police commissioner Param Bir Singh’s allegations of corruption against the NCP leader. Deshmukh has denied the allegations.

In his March 20 letter to Chief Minister Uddhav Thackeray, after he was removed as the Mumbai Police chief, Singh had alleged that Deshmukh asked police officers, including Waze, to collect Rs 100 crore each month, including Rs 40-50 crore from 1,750 bars and restaurants in Mumbai.

The ED registered a case against Deshmukh for allegedly obtaining illegal gratification based on an FIR filed by the CBI in April.