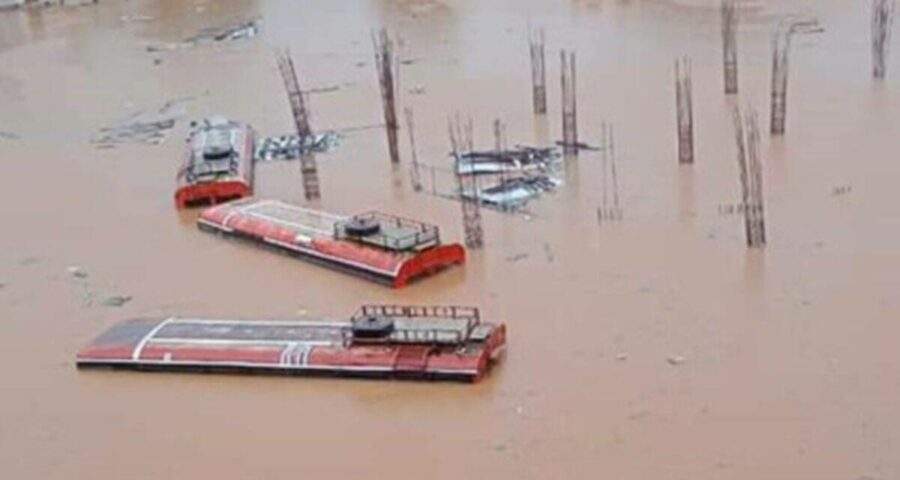 Chiplun floods: The NDRF team is unable to reach the spot because all roads leading to Chiplun are reportedly blocked due to the flooding, Ratnagiri district collector B N Patil said. 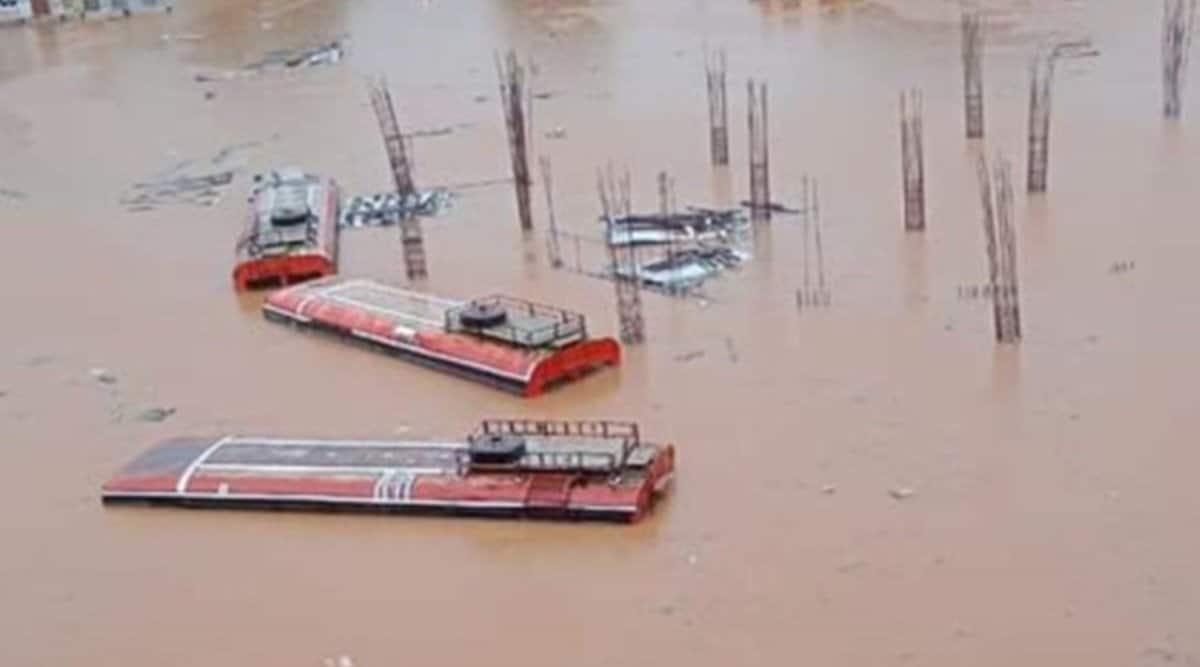 The massive flooding caused by incessant rain since last night has left hundreds of residents stranded at Chiplun city in Maharashtra’s Ratnagiri district. The Vashishti river, the lifeline of the city, is flowing above the danger mark, district officials said.

The water levels rose to eight to ten feet submerging the first floors of many houses. The state government has rushed two teams of the National Disaster Response Force (NDRF) along with rescue boats as Chiplun has been cut off from its adjoining cities.

“The flood situation is serious but under control,” Ratnagiri district collector B N Patil told The Indian Express though some say that this flooding is worse than the one in 2005. 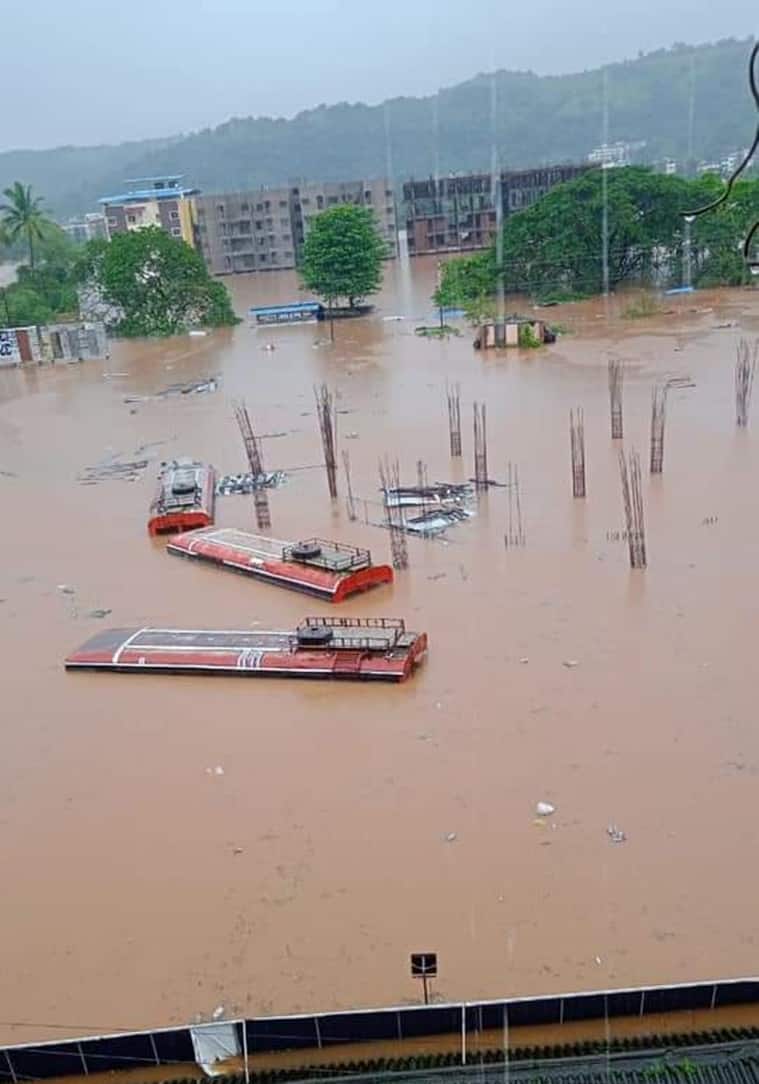 “The NDRF teams are yet to reach there as it is apparently stuck on the way because all roads to Chiplun are blocked due to flooding,” Patil said, adding that they have also sought the help of the coast guard.

The collector said top officials living in Chiplun are also stranded and they could not establish contact with them. “We have been trying to get in touch with the SDO and CEO since this morning but we have failed to get in touch with them,” he said. Patil said because of the high tide in the sea, the river is flooding and once the low tide starts, the water should start receding.

Marketplaces, residential and commercial complexes are under water. Electricity and communication lines have been snapped, bridges in and around Chiplun are flooded and it was difficult to get in touch with local residents, officials said.

Shiv Sena MP Vinayak Raut, who represents the Sindhudurg-Ratnagiri Lok Sabha constituency, told The Indian Express, “as per my information, at least 5,000 villagers need to be shifted to safer places as water has entered their homes. Vashishti river continues to be spate. The NDRF team and coast guard are already on the way.” The central government should rush helicopters to rescue people as the city has become inaccessible by road to carry to our rescue operation, added Raut.

“I spoke to both CM Uddhav Thackeray and chief secretary Sitaram Kunte in the morning to appraise the situation. I was in Delhi for the monsoon session of the Parliament. But now I am heading to Chiplun,” said Raut.

Raut said local police officials had told him that at least three people from one village were reported missing after a landslide. “One woman has been found dead,” he said.

Sena leader Bhaskar Jadhav said, “Chiplun is like a saucer surrounded by mountains on all sides. In 2005, Chiplun had seen worse floods. But residents I spoke to are saying this is worse than 2005.” Revenue Minister Balasaheb Thorat said all machinery is on alert and efforts are underway to help the residents.

The coastal Konkan belt of Maharashtra has witnessed torrential rains for the last week.

(With inputs from ENS, Mumbai)