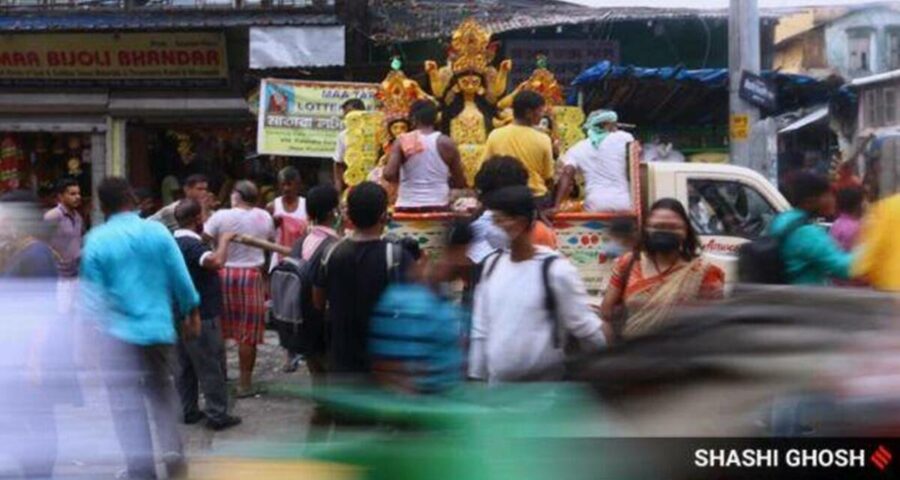 The police have said they plan to deploy more than 5,000 personnel on each day of the Puja to ensure the celebrations go on without a hitch. 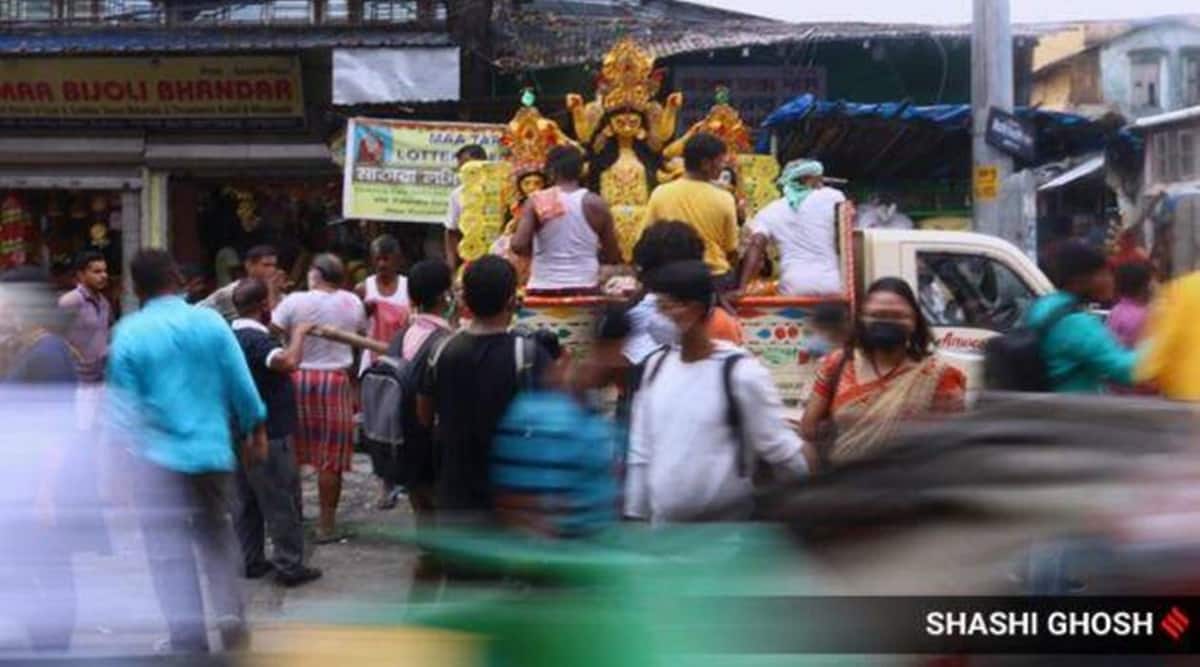 As people hit the streets of Kolkata on Sunday to celebrate Panchami, the fifth day of Durga Puja, by visiting the major pandals, many parts of the metropolis were chock-a-block with massive traffic jams.

In line with the Calcutta High Court’s order, Puja committees have built their pandals in a way to allow visitors to see the idols from afar. “Our idol is visible from beyond 10 metres. So, people approached the barricades and saw our pandal and the idol,” said Kashi Bose Lane Puja Committee general secretary Soumen Dutta.

Long queues were seen outside several restaurants in the city and popular eateries in the suburbs. The police have said they plan to deploy more than 5,000 personnel on each day of the Puja to ensure the celebrations go on without a hitch. At many places, the police appealed to people to maintain social distancing and other Covid-19 protocols. In Bidhan Nagar, councillor Nirmal Dutta was seen implementing the “Duare Ma [Goddess at the doorstep]” initiative to spread awareness about Covid guidelines and safety steps.

A woman dressed as Durga was seen distributing masks to people and reminding them not to forget Covid-19 during the celebrations. The initiative’s name is inspired by the Mamata Banerjee-led government’s “Duare Ration [Ration at the doorstep]” welfare scheme.

Students from classes 3 to 12 participated in the event that was also attended by school principal Joyoti Chaudhuri.