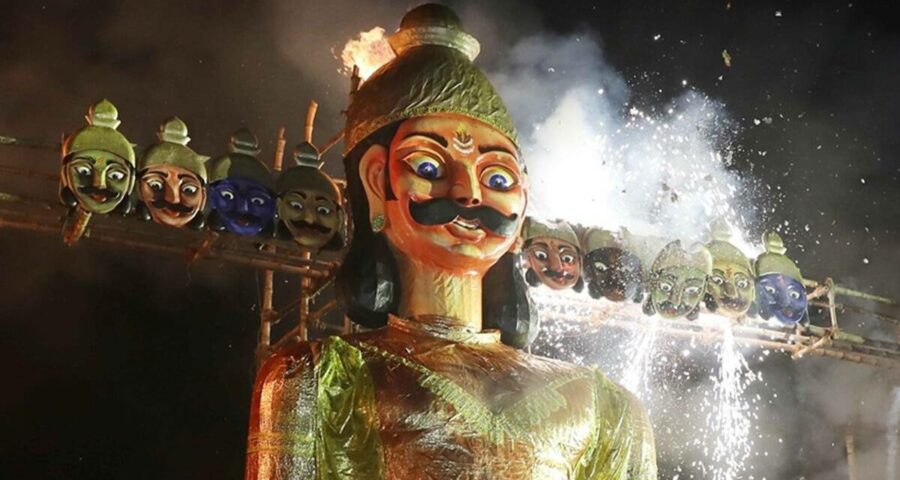 Meanwhile, Karnataka Health and Medical Education Minister K Sudhakar Tuesday said that it is estimated that there are about 1.5 crore kids in the age group of 2-18 years, who need to be vaccinated. A special puja will be offered on Vijayadashami at all temples in Karnataka that come under the Muzrai department, the minister for Muzrai, Haj and Wakf, Shashikala Jolle, said here on Tuesday.

Vijayadashami, the last day of the ongoing Dasara festivities, will be celebrated on October 15.

“As we celebrate the victory of good over evil on Vijayadashami, the department has decided to pray to goddess Chamundeshwari for the safety of our people from Covid-19 and the possible third wave,” Jolle said.

Speaking to reporters in Bengaluru, she said for the good health and prosperity of the people of the state, especially the children, a special puja will be organised at Muzrai temples across the state on the auspicious occasion of Vijayadashami.

“Karnataka Rajya Dharmika Parishat will issue guidelines to all the temples under the endowment department, regarding the special puja to be offered,” she added.

A total of 34,563 temples in the state come under the department and they have been categorized as grade A, B and C, based on their revenue generation.

Jolle said the government has decided to pay salaries as per sixth pay commission recommendations to select Muzrai temple priests and staff.

Noting that 1,034 priests and staff are currently getting salary under the fifth pay commission, she said that implementation of the sixth pay commission will not put extra financial burden on the government, as up to 35% of the revenue from the A and B category temples will be utilised for this purpose.

“The new salary implementation is only for those A and B category temples, whose revenue generation is good and where fifth pay commission is already implemented. It is not for grade C temples, whose financial condition is not good and needs improvement… What needs to be done to improve conditions at grade C temples is being worked out. Also most staff there are not permanent,” she added.

There are about 3,918 staff and 31,701 priests working at temples under the Muzrai department.

Also an insurance programme is being introduced for priests and employees working at Muzrai temples, Jolle said. “As the first step, the Pradhan Mantri Jeevan Jyoti Bima Yojana will be extended to them by filing an annual premium of Rs 330, which may cost Rs 1.22 crore to the government, and the chief minister has agreed to it,” she said.

Further, health and life, accident insurance for the Muzrai priests, staff and their family members is being worked out, she said, adding that the department has sought quotations from insurance companies and banks and it will be finalised. “This will be applicable to staff and priests of all A, B and C category temples.”

The minister further said that the department has decided to come out with an Integrated Temple Management System (ITMS), aimed at providing all details about temples, sevas offered there and the rate chart for the sake of devotees and tourists. She said that this move will also help in maintaining transparency.

In the first phase, 207 temples coming under category A will be brought under the ITMS and we hope to launch this facility by November, she said.

Bengaluru Urban continued to top in number of new cases with 145 infections, the city also saw 125 discharges and five deaths. The number of active cases in the state is now 9,712.

While the positivity rate for the day stood at 0.41%, the Case Fatality Rate (CFR) was 3.31%. Out of 11 deaths reported on Tuesday, five were from Bengaluru Urban, while Dakshina Kannada logged three. Bengaluru Rural, Shivamogga and Uttara Kannada each reported one fatality.

Karnataka Health and Medical Education Minister K Sudhakar Tuesday said that it is estimated that there are about 1.5 crore kids in the age group of 2-18 years. “So we need about three crore doses to vaccinate kids in our state,” he said.

Sudhakar added that the DCGI approval for Covaxin was a big relief to parents who are eagerly waiting to get the children vaccinated against Covid-19. “I will discuss with the Union health minister and senior officials about its production and supply,” he said.

He also expressed delight that Bharat Biotech’s nasal vaccine is in its final stage of development. “Nasal vaccine can further accelerate our vaccination drive, as it doesn’t need trained healthcare personnel to administer the vaccine,” he said.