"This court took a lenient view when it did not issue contempt notice to Juhi Chawla. Otherwise the case was made out. I am shocked with the conduct of the plaintiffs," said Justice J R Midha. 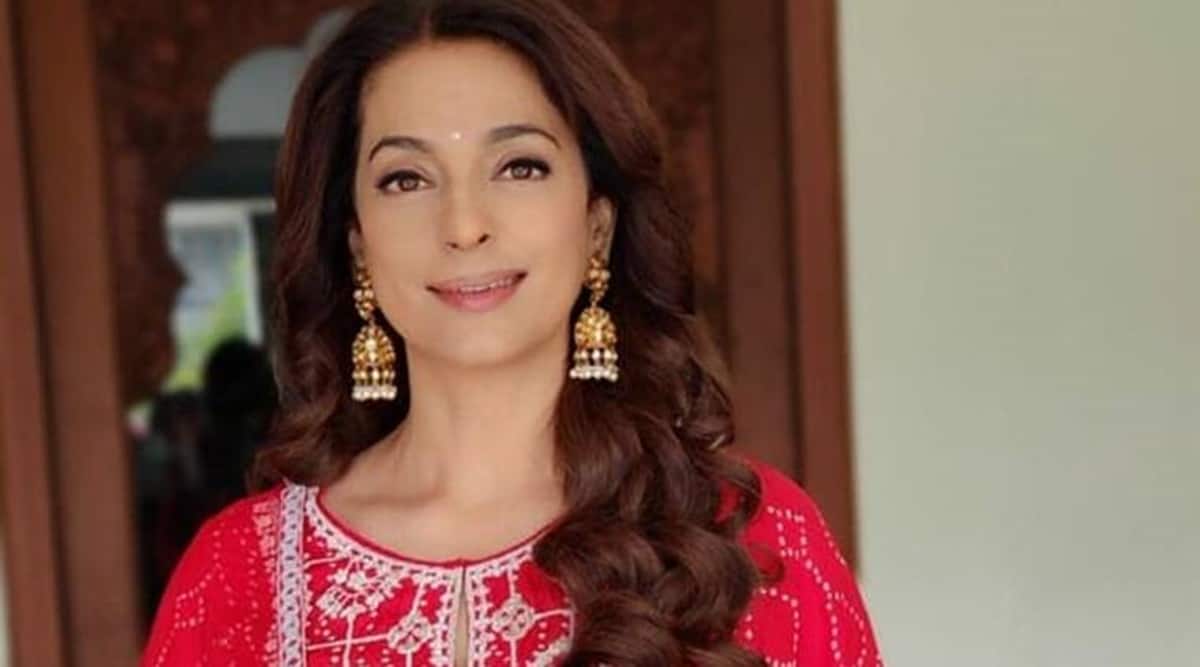 SAYING IT was shocked by the conduct of actor Juhi Chawla and two other plaintiffs, the Delhi High Court Wednesday granted them a week’s time to deposit the Rs 20 lakh fine it had imposed in June while dismissing their suit against 5G technology.
Back then, the court had said that the suit was filed to gain publicity and called it a “waste of judicial time”. On Wednesday, Justice J R Midha said: “The court took a lenient view (then) and did not issue contempt notice against Juhi Chawla; otherwise the case was made out.”

He was hearing applications filed by the plaintiffs that sought refund of the court fee, waiver of the costs imposed on them and also the replacement of the word “dismissed” in the judgment with “rejected”.

Senior Advocate Meet Malhotra, representing the plaintiffs Chawla, Veeresh Malik and Teena Vachani, submitted at the outset that he would not press the applications pertaining to costs and court fee.
When Justice Midha asked Malhotra when the costs would be deposited, the counsel responded that the plaintiffs would either do so within a week or pursue appropriate legal remedies.

Justice Midha said the court was shocked with the conduct of the plaintiffs as they were withdrawing the application one one hand, but were “not even willing to gracefully deposit the costs” on the other.
“I have never seen in my judicial career a plaintiff who doesn’t want to pay the court fee,” added the court.
Justice Midha further said: “I was today inclined to issue contempt. You say the court has no power to impose the costs but the court has the power to issue contempt”.

In June, he had termed the suit as “defective” and “not maintainable” and said the complaint includes “unnecessary, scandalous, frivolous and vexatious averments”, which are liable to be struck down under the Code of Civil Procedure.
“The plaintiffs have abused and misused the process of law, which has resulted in waste of judicial time. The cost of Rs 20 lakh is imposed on the plaintiffs. The plaintiffs are directed to deposit the cost of Rs 20 lakh with Delhi State Legal Services Authority within one week,” said the court.

The primary argument in the suit was that the government should certify to the public at large that 5G technology will not have any significant adverse effects “on the health, life, organ or limb of adult, child, whether of the present or future generation(s), or to any living organism, or to flora and fauna”.

The virtual hearing in June had been repeatedly disrupted by unknown persons who sang songs from her movies. Someone entered the virtual courtroom on WebEx platform at least thrice and started singing songs like ‘Meri Banno Ki Aayegi Baraat’. The users appeared with names like ‘Manisha Koirala’ and ‘Jahnvi’ on the screen.

Taking a strong note of the interruptions, Justice Midha had ordered his staff to identify the persons so that contempt action can be taken.

The court also ordered removal of the persons from the meeting.

The court had also said that the plaintiffs have filed the suit to gain publicity, “which is clear from the fact that plaintiff no 1 (Chawla) circulated the videoconferencing link of this court on her social media accounts which resulted in repeated disruptions of the court proceedings”.