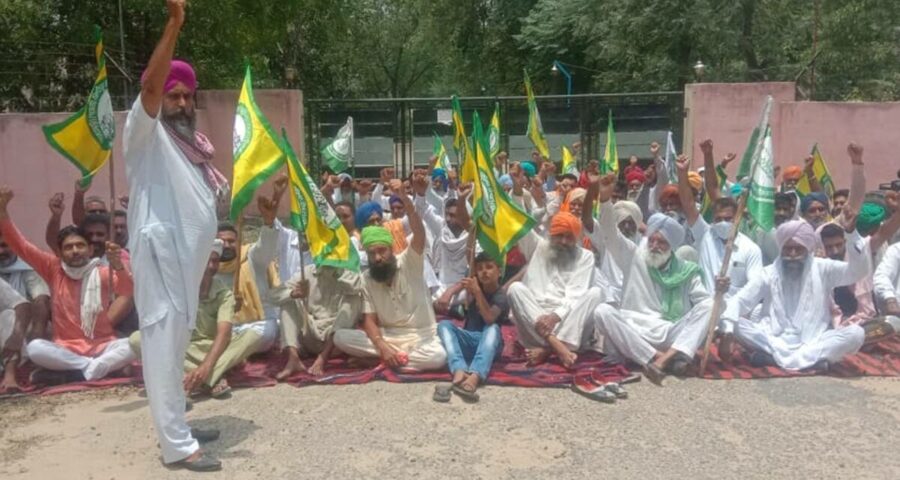 A day after Congress high command asked Punjab CM Amarinder Singh to work towards reducing high power tariffs in the state, power consumers in both urban and rural areas were up in arms over frequent outages amid peak demand.

Through the day, farmers’ gheraoed several grid stations across villages, domestic consumers complained of frequent power cuts even as industrial consumers in urban areas fumed over hefty penalties being imposed over minor overloading.

A dharna was organised by farmers at Multania grid in district Bathinda on Thursday morning. Six villages — Multania, Naruana, Bir Behman, Jai Singhwala, Baho and Mian – have been complaining that they are not getting 8 hours of supply. The dharna continued till late in the evening and was lifted after officials assured of improved supply from Friday. The protest was organised by BKU (Ugrahan) and BKU (Dakaunda).

A similar dharna was organised outside the grid station of Chhiniwal village in district Barnala where farmers under the banner of BKU (Kadian) protested over the same issue being faced by several villages in the area.

“SDO was given a memorandum and he committed that 8 hours power supply will be resume from Friday,” said Jagseer Singh Chhiniwal, a leader of BKU (Kadian).

He added, “We even got grids operational on our own after farmers gathered at the grid stations in large numbers. We can’t let our crops turn dry. We are burning diesel to water the crops.”

Ajaypal Singh Atwal, general secretary of PSEB Power Engineers Union, said, “We need security as it is not a conducive environment for power engineers to work at grid stations as they are being gheraoed for no fault of theirs. Already, we are facing shortage of manpower, shortage of material for repair works and now protests are a direct threat to the officers sitting in grid stations. They are being humiliated.”

On Sunday, Jhumba village of Bathinda has seen a similar protest. A week before that, there was another protest in Peori village in Muktsar district. On Thursday, PSPCL officials faced the wrath of farmers in Patiala too.

In Jalandhar, farmers allegedly forced their way into some grid stations and even threatened the staff.

Jagseer Singh Jhumba, BKU (Ugrahan) leader from Bathinda, said, “Every day protests are happening in hundreds of villages of Punjab over poor supply as we have no choice because paddy crop needs water or our crop will get damaged and labour will run away.”

Consumers in the urban areas of the state were equally unhappy. Both domestic as well as industrial consumers complained that “despite being paying customers” (agriculture power is free in Punjab), they were being shortchanged.

When The Indian Express contacted PSPCL CMD A Venuprasad, he said, “All mobile phones of officers are working, hence there is no problem in reaching out to anyone. There were some gaps in power supply to the rural sector and it was due to the failure of Talwandi Sabo thermal plant. Now it is resolved. We have given 8 hours power supply to the majority of agricultural areas on Thursday itself.”