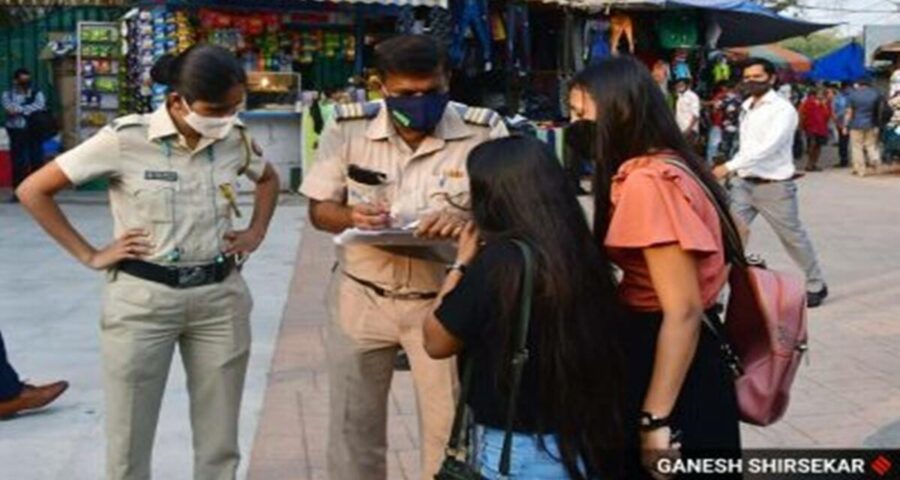 From April 8 to March 11 this year, BMC collected fines of Rs 37.86 crore from over 18.74 lakh citizens who were caught without wearing masks in public places in Mumbai. With Covid-19 cases increasing in the city, so is the number of citizens violating face mask norms. In 12 days between February 27 and March 11, the Brihanmumbai Municipal Corporation (BMC) fined 1.9 lakh citizens for not wearing masks in public places.

From April 8 to March 11 this year, BMC collected fines of Rs 37.86 crore from over 18.74 lakh citizens who were caught without wearing masks in public places in Mumbai.

According to BMC data, most offenders — 1,46,129 people — were caught in K-West ward, which includes Andheri (West) and Versova and Juhu beach. The ward in the western suburbs also has the highest number of sealed buildings and floors in the city and the second-highest number of active Covid-19 cases (783).

BMC has issued circulars to housing societies to ensure that quarantine norms are followed by residents. BMC recently also filed an FIR against two residents in the eastern suburbs found violating home isolation norms. BMC has asked housing societies to display the floor number on the society notice board if more than five cases are recorded from the building.

Concerned over the recent surge in Covid-19 cases in Maharashtra, Chief Minister Uddhav Thackeray on Thursday warned that some areas of the state could be on the threshold of a lockdown. He asked citizens to strictly follow government-mandated guidelines on masks and social distancing.