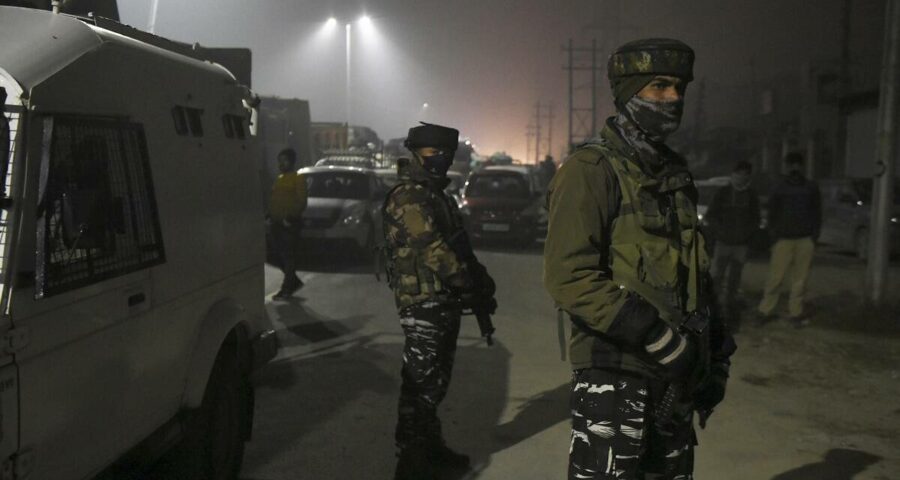 The families of two civilians — Altaf Bhat and Mudassir Gul — killed in the Hyderpora encounter, held a protest at Press Enclave in Srinagar, demanding that their bodies be returned to them as they were not militants or OGWs. 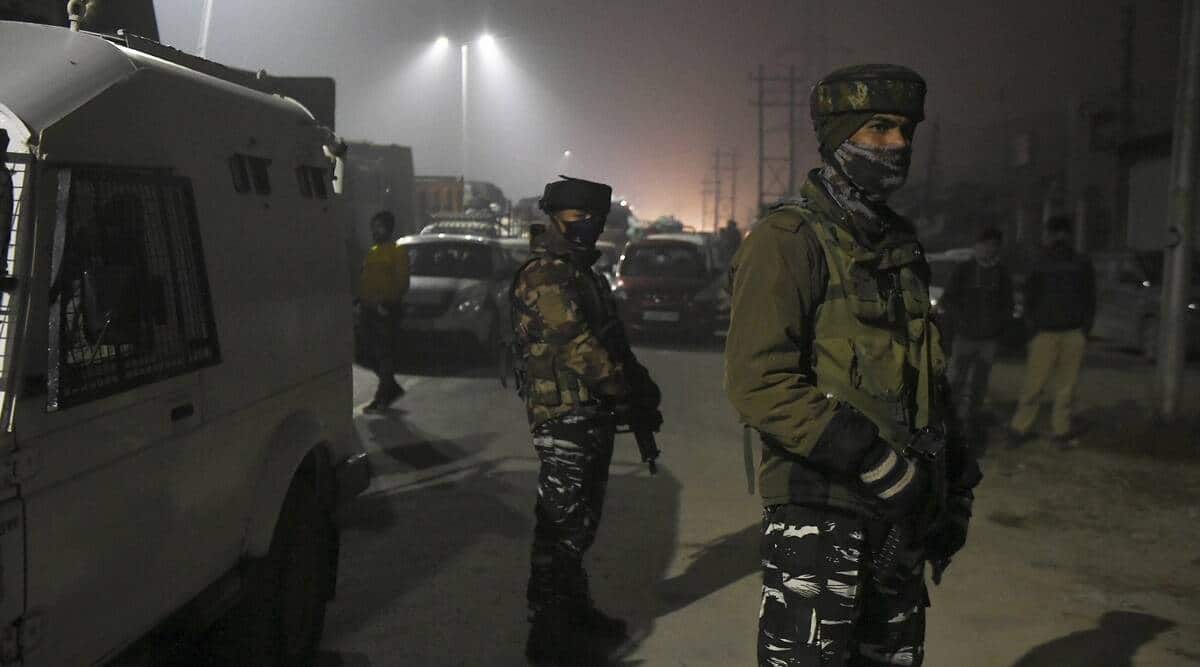 Families of two civilians killed in the Hyderpora encounter in Srinagar held a protest on Wednesday, demanding justice for the victims and the return of their bodies.

A controversy had erupted over Monday’s encounter in Hyderpora following conflicting claims about the two deceased civilians as their family members contested the police’s charge that they were “terror associates”.

According to the police, a Pakistani terrorist and his local associate Mohammad Amir, along with two civilians — Altaf Bhat and Mudassir Gul — were killed in the encounter, where an illegal call centre and a terror hideout were allegedly being run.

On Wednesday, the families of Bhat and Gul held a protest at Press Enclave in the city, demanding that their bodies be returned to them as they were not militants or OGWs.

Police had said the bodies of all the four killed in the encounter were buried in the Handwara area of north Kashmir’s Kupwara district.

Speaking to reporters, Altaf Bhat’s brother Abdul Majeed said as a ‘numberdar’ (revenue official), he remains in constant touch with the police and they would have informed him if his brother was involved in militancy.

“He (Bhat) was doing business in Hyderpora Bypass for the last 30 years. He rented the building and we had furnished their (tenants) verification in police station Saddar. The police should have contacted us if there was anything (adverse),” he said.

Majeed said his brother was a builder, a taxpayer and an innocent man. “You can verify in the whole locality. The police knew him, they used to visit his place every day, have tea with him, they can verify his credentials,” he added.

Majeed said on Monday, the “Task Force” (J-K police’s counter-insurgency unit known as the special operations group) came and took his brother thrice for searches in the building.

“They took him upstairs and brought him down three times. They used drones. (It was) as if they were shooting a movie there. Unfortunately, an innocent Altaf was martyred,” he said.

The family demanded justice and also the return of his body.

“We appeal the LG, request him, that verify and if there is anything (adverse) against my brother, then they can hang me in public in the city centre.

“He (Altaf) was innocent, a civilian and not a militant. We want answers, we want justice. We want his body. Why is the government, the terrorists, killing innocent people?” Majeed said.

Mudassir Gul’s wife Humaira Mudassir, while breaking down, said his husband was innocent.
The family also demanded justice and sought the return of their kin’s body.

Senior Awami Itehad Party (AIP) leader Sheeban Ashai, who joined the protest, said the civilians were used as human shields by the police.

“I want to ask LG (Manoj Sinha) and India’s Home Minister Amit Shah that two innocent civilians were killed under their watch. How were they killed in the crossfire? Why were they not provided with protective gear when the forces took them for searches? That means they were used as human shields. That is the biggest loophole in the police story,” he said.

Ashai alleged that police have started a new trend since August 5, 2019 — when the Centre revoked J-K’s special status — of picking anyone from his house, jailing him or killing him in encounter.

“They (civilians) were killed in cold blood and look at the insensitivity and shamelessness of this government that they have detained even their dead bodies. I want to ask Sinha that is this the tradition in his UP?…why were the mortal remains not returned to their families?” he said.

Ashai asked the people to come to Press Enclave to register their protest peacefully. He also asked the Lt Governor to direct the police to return the bodies of the civilians. “We demand an inquiry headed by a retired high court justice in which two persons from civil society are also included. The facts of the case be kept in the public domain,” he said. He said the killings were a “cold blooded murder”.

“Why was no security forces personnel killed in the firing? I hope that, if he has even one per cent of humanity in his heart, then he should come here and sympathise with the families,” he said, adding the administration should apologise for the killings.

Meanwhile, National Conference vice president Omar Abdullah said the civilians were killed because they were put in harm’s way.

“The police admit they took the building owner (Altaf) & the tenant (Gul) in to the building & used them to knock on doors. How then can these people be termed as militants? They are civilians who died because they were put in harm’s way,” Abdullah wrote on Twitter.

He said to “vilify them as militants or OGWs is bad enough but to take the bodies away & forcibly bury them in North Kashmir is a crime against humanity.” “The bodies must be returned to the families so they can be buried. It’s the only just thing & it’s the only humanitarian thing to do,” he said.