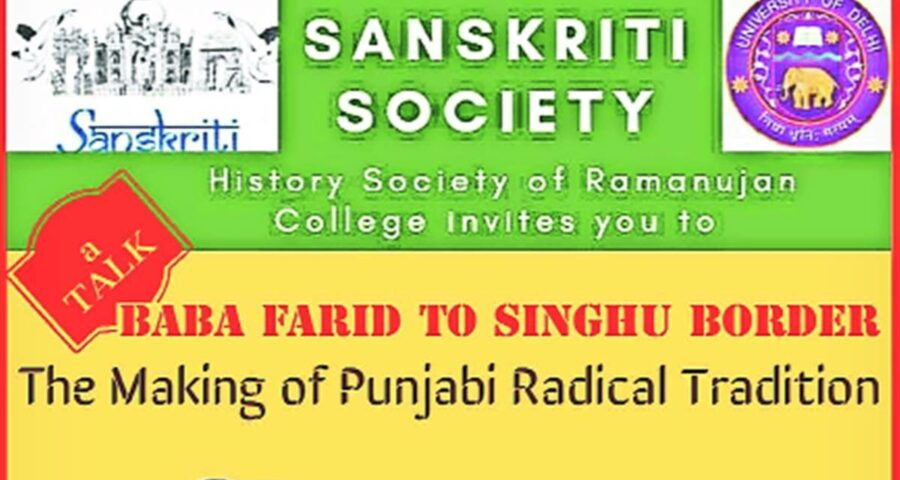 While Sumail Singh Sidhu said he was told that there was an ‘issue with title’, the college principal said that the lecture was cancelled due to technical issues. Sidhu, who hails from Bathinda, said that the online lecture was scheduled at 5 pm Thursday but just around 15 minutes before its commencement, the college authorities conveyed to him that “there was an issue with the title of the lecture” and it needs to be changed. Thereafter, the scheduled talk on the decided topic was cancelled.

Sidhu alleged that it was “political pressure on the principals of the University of Delhi affiliated colleges” due to which the talk was cancelled at the last minute.

When The Indian Express contacted the college principal, he said the lecture had to be called off due to “technical reasons”.

Sidhu, who has a PhD in modern history from Jawaharlal Nehru University (JNU), said, “The Sanskriti Society of Ramanujam College had planned this lecture and I was scheduled to deliver a talk on the history of resistance culture of Punjab. From Baba Farid to the ongoing farmers’ agitation at Singhu border, the title of the lecture was conceptualised with an idea to give an overall-round up of protest culture that is deeply ingrained in Punjabi society since forever. However, just around fifteen minutes before the lecture was to start, I was told by the college authorities that there was an issue with the title of the lecture and it has to be changed. It was cancelled and I was not given any logic/reason on what was the issue with the title of the talk. This shows that how enormous the political pressure on principals of colleges under the Delhi University by the current BJP-led central government is, that a title of a talk is scaring them. It is extremely saddening and disappointing that we have even failed to preserve the academic spaces in our country, which are the platforms for free speech, debates, discussions and knowledge sharing for the students. What is the example that we are setting for the students?”

Sidhu said that the lecture was to revolve around the elements of Punjabi radical tradition starting from the conceptual dialogue between Baba Farid, Kabir and Guru Nanak, then the editorial principle of plurality underlying Guru Granth Sahib, the adoption of vernacular languages (such as Punjabi) to empower the commoners; the assertive and resolute agency of Punjabi women in ‘ishq’ as depicted in popular qissa narrative of Heer Ranjha; the Dalit model of liberation as articulated through Khalsa and Baba Banda Bahadur’s rebellion; the agrarian movements in Punjabi history; the Namdharis, the Ghadhrites, the Akali movements and complex figure of Shaheed Bhagat Singh and the stellar role of Punjabi literature highlighting contribution of writers such as Jaswant Singh Kanwal, Prof Puran Singh, Sant Ram Udasi, Paash and others in crafting an agrarian aesthetic sensibility.

“The college authorities need to clarify what from among these topics was so scary or would have harmed any student, that they cancelled the lecture at last minute that too without giving any valid reason. I was told that the title of the talk wasn’t appropriate but history of Punjab is all about resistance and it cannot be denied,” said Sidhu.

When contacted, Dr SP Aggarwal, principal, Ramanujan College, said: “There was some issue with the live streaming system of our college’s YouTube channel, due to which it was cancelled. A committee will take a call on rescheduling the lecture.”