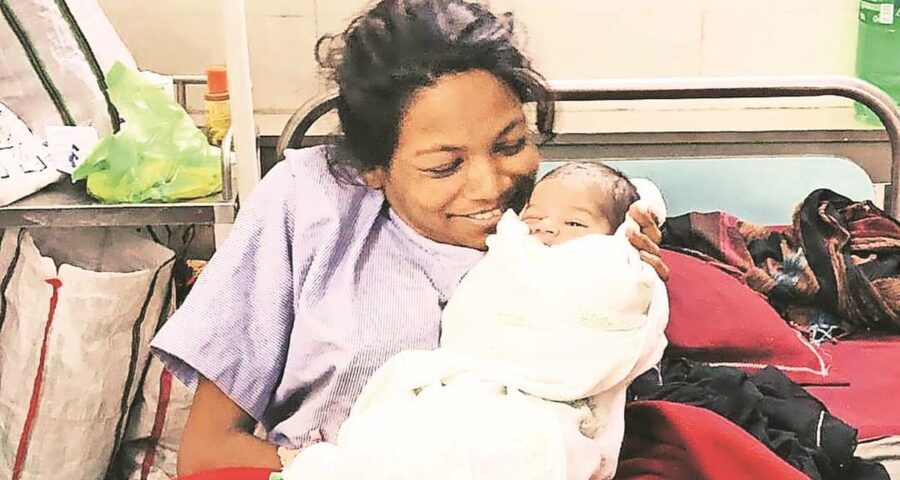 The woman, Antar Davar, was admitted in an unconscious state Wednesday morning, Padwal said. Her short height had fused her lungs and abdomen causing her oxygen to drop to around 50 per cent, the doctor added. A short-statured woman gave birth to a healthy baby at a hospital in Dahod on Wednesday. Considered among the rare cases of pregnancy involving shorter women, the case also presented a challenge to the doctors as the woman, standing 120 centimetres (3.9 feet), also had a critical hump on her back, making administering spinal anaesthesia for a caesarean-section difficult.

Dr Rahul Padwal of Dahod said, “The world’s shortest woman recorded to deliver a healthy child was 108 cm tall. This patient came in a critical condition from Kolabaida village in Alirajpur taluka of Madhya Pradesh. She was 32 when she conceived and her height and hump resulted in severe complications in the last stage of pregnancy, which is why she was referred from the village to Dahod.”

The woman, Antar Davar, was admitted in an unconscious state Wednesday morning, Padwal said. Her short height had fused her lungs and abdomen causing her oxygen to drop to around 50 per cent, the doctor added.

“We put Antarben on ventilator support throughout the admission and delivery. The delivery had to be done through a caesarean and the biggest challenge was administering the spinal anaesthesia. The hump on her back was an obstruction and giving her general anaesthesia was also risky as she was already critical. The patient’s uterus was also in a state of rupture due to the internal pressure on her organs due to her height. On the one hand, there was very little time to plan because the baby had passed meconium, which could have entered the amniotic fluid and was a big concern,” Padwal said.

Following a critical caesarean, the woman gave birth to a healthy baby weighing 2.8 kg. “Right now, both the mother and the baby are healthy. Such cases are rare. Despite such low height, older age for a first pregnancy, and critical parameters fluctuating, the mother and child are doing well and it is a miracle,” Padwal said.