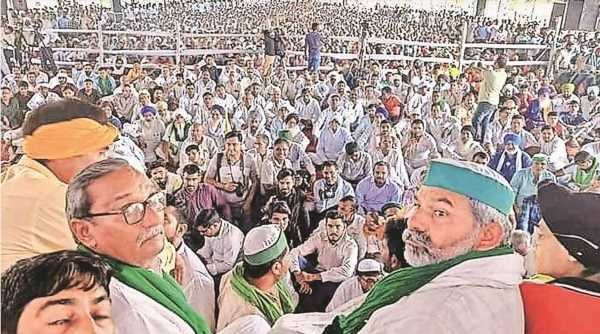 He was speaking at a mahapanchayat held by farmers in Panipat on Sunday before the bandh. Several senior farmer leaders, including Tikait and Gurnam Singh Chaduni, addressed the mahapanchayat. 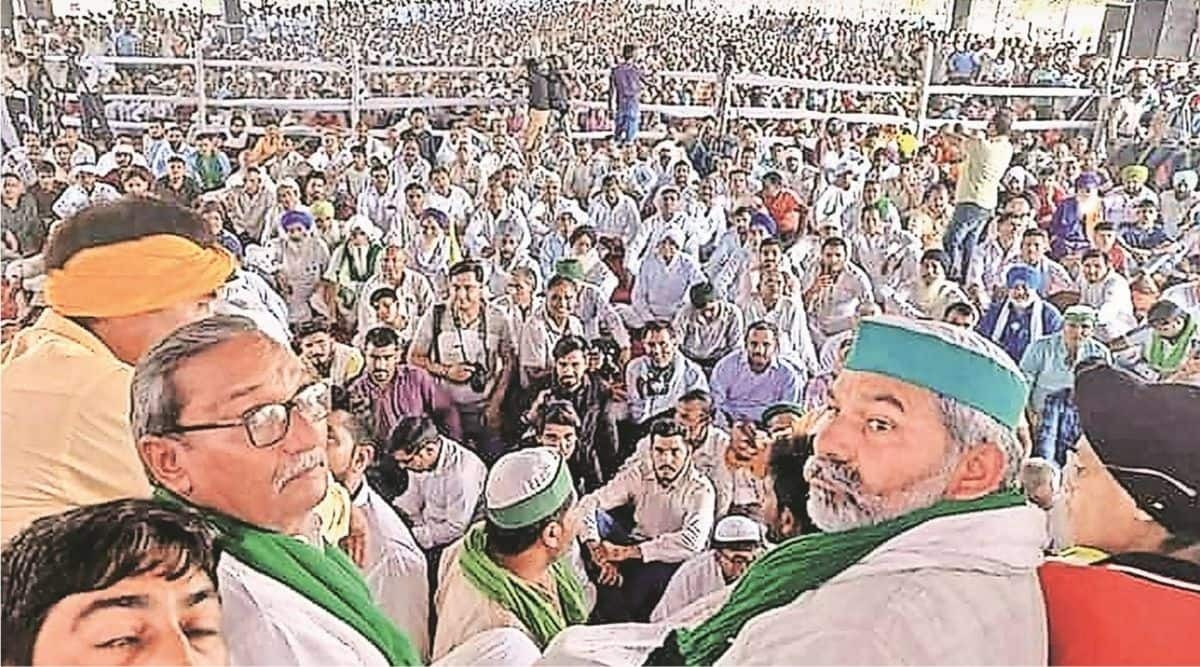 Bharatiya Kisan Union leader Rakesh Tikait on Sunday said farmers protesting against the central farm laws for the last 10 months are ready to agitate for 10 years, but will not allow the black legislations to be implemented.

He was speaking at a mahapanchayat held by farmers in Panipat on Sunday before the bandh. Several senior farmer leaders, including Tikait and Gurnam Singh Chaduni, addressed the mahapanchayat.

Chaduni said: “We urge all sections of society to join the Bharat Bandh as the ongoing agitation is not only for a particular section of society but for all.” Expressing anguish over the issuance of summons to the protesting farmers in connection with different police cases, Chaduni said: “We will not let any farmer’s arrest. When the fate of our agitation is decided, only then will a call on FIRs be taken.”

Pagdi Sambhal Jatta Kisan Sanghrash Samiti president Mandeep Nathwan said: “We have identified as many as 12 main points in Fatehabad, Sirsa and Hisar to block the roads as part of the agitation apart from several other points where roads will be blocked by the people on their own. There is a warm response to the bandh call, especially after the rally of Muzaffarnagar and lathicharge on farmers in Karnal recently.”

Thousands of farmers, mainly from Punjab, Haryana and Uttar Pradesh, have been sitting at Delhi’s borders for the past 10 months demanding that the farm laws, enacted in September last year, be scrapped.

It has been 10 months of this agitation. The government must listen with open ears that even if we have to agitate for 10 years we are ready, said Tikait, while addressing a well-attended Kissan Mahapanchayat in Panipat.

The Bharatiya Kisan Union (BKU) leader said that the Centre will have to repeal these laws.

Indicating that farmers were ready to intensify their stir if their demands are not met, Tikait asked farmers “to keep their tractors ready”, saying “these may be required anytime (to move towards) in Delhi”.

The mahapanchayat came a day ahead of the Samyukt Kisan Morcha’s ”Bharat Bandh” call for September 27 against the Centre’s three contentious farm laws, marking completion of 10 months of the ongoing agitation.

Tikait also said that if the present government does not rollback these laws then future governments will have to take it back.

Those who have to rule in this country, they will have to repeal these laws, he asserted, while adding that we will not allow these laws to be implemented, we will continue our agitation .

Tikait said that if farmers have not returned to their homes for 10 months, they will continue to agitate for 10 years, but will not allow the laws to be implemented.