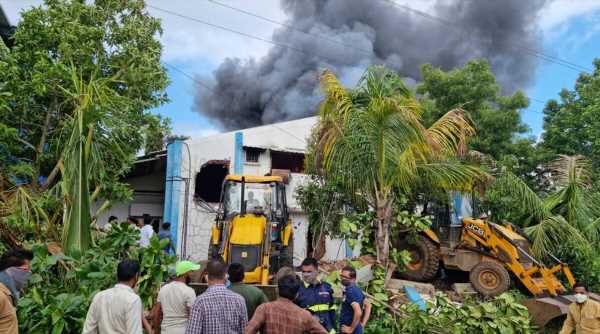 Seventeen workers, including 15 women, were killed when a fire broke out at the sanitiser making unit of SVS Aqua in Pirangut on Monday. 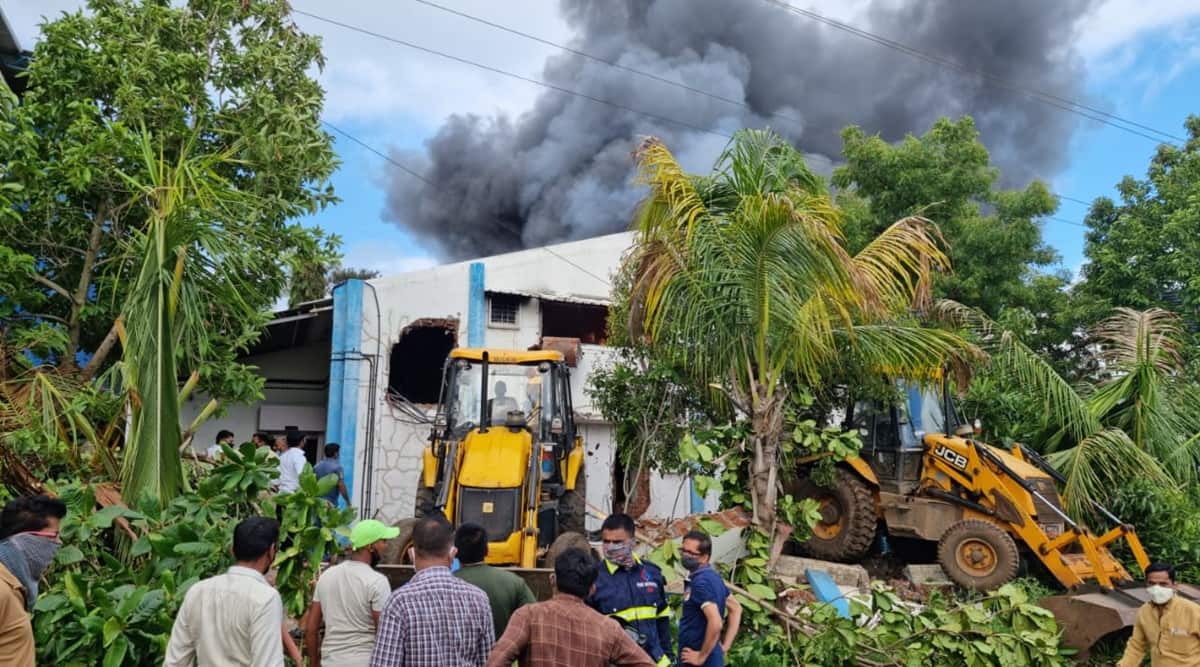 The kin of those who died in a fire at a chemical factory in Pirangut have demanded jobs for one surviving family member and strict action against those responsible for the deaths.

The fire was reported at the SVS Aqua Technologies, a company in Urawade, near Pirangut in Pune district. Most of the workers at the company were residents of nearby villages in Mulshi taluka.

Baban Margale, who also worked at the same factory, lost his wife Mangal in the blaze. “Neither I nor anyone could do anything. They had to use a JCB (earthmover) to break the wall. But all of those trapped were dead by the time it happened. Mangal was working here for more than a year. She had recently fallen ill and had joined back work just two days ago. I just hope that the government takes strict action in the case and makes sure that such incidents do not happen again.” Mangal is survived by her husband and two children.

Sambhaji Gawade, who is Baban’s uncle, also lost his niece Suman Sanjay Dhebe in the fire. “We have lost our loved ones because of someone’s mistakes. They should be arrested and strict action should be taken against them. Government has given compensation but one family member of each deceased should also be given a job.”

Minister of State for Labour in Government of Maharashtra, Bachchu Kadu said, “It is very unfortunate that 17 families have lost their loved ones. 15 of them were women, who not just earned a living shoulder to shoulder with men in families and also took care of them. Government will take every possible step for these families.”

Sunita Rahul Sathe (28) from Bhawadi village, another worker who died in the blaze, is survived by her husband Rahul and two children Sanskruti and Aryan. Rahul’s brother Sandeep said, “We don’t know how to tell my niece and nephew about their mother’s death. She was the pillar of our family and took care of everyone. Six people from our village used to go to the factory. We have lost two of them, my sister-in-law Sunita and our neighbor Atul Sathe. Things were just now getting better after COVID lockdown and this happened.”