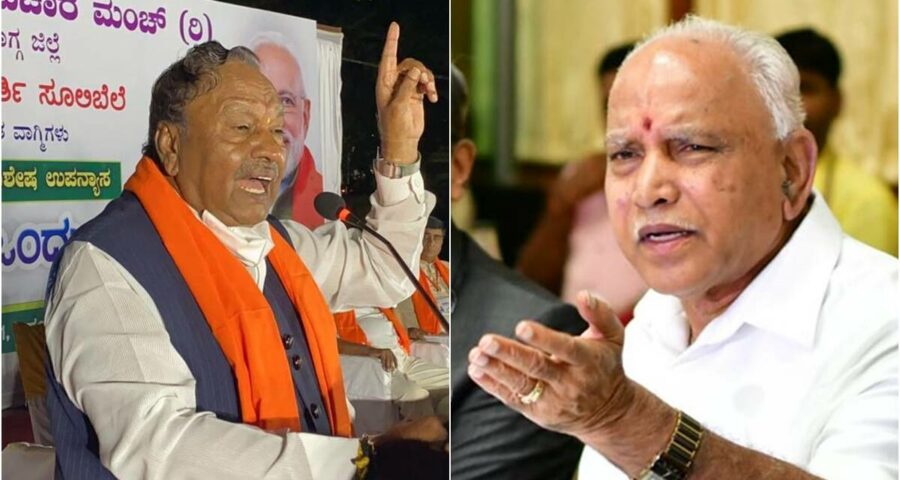 Eshwarappa had written to the Karnataka Governor, complaining against Yediyurappa’s ‘interference’ in his ministry and the CM's ‘authoritarian ways’. 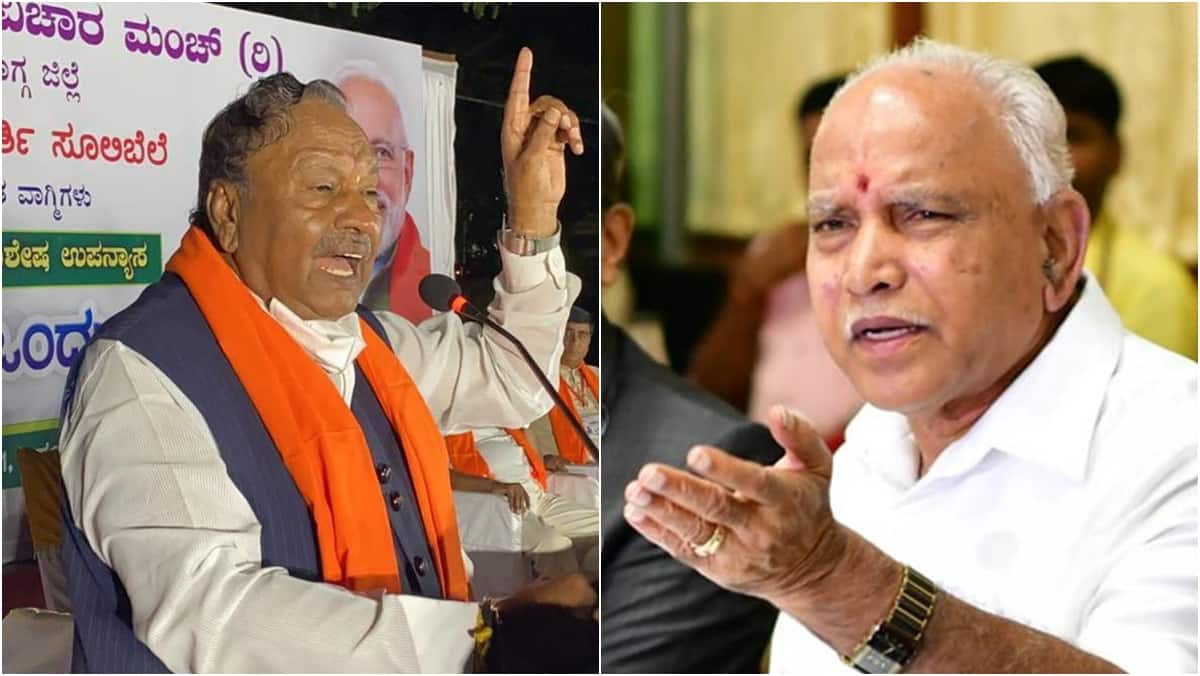 A day after Karnataka BJP minister KS Eshwarappa submitted a formal complaint against Chief Minister BS Yediyurappa to Governor Vajubhai Vala for “interfering” in the affairs of his Rural Development and Panchayati Raj (RDPR) department, some ministers termed the former’s actions “inappropriate.”

“If he (Eshwarappa) had any objection, they had to be discussed with the CM first. Instead of meeting the Governor, who merely works on the advice of the Council of Ministers, he should have tried to resolve the matter internally. Taking it to the Governor is not appropriate,” Home Minister Basavaraj Bommai said in Bengaluru.

Earlier on Wednesday, Eshwarappa had accused the CM of making allocations worth Rs 774 crore from the RDPR department bypassing him. When asked about this, Revenue Minister R Ashoka said he found “nothing wrong” in the CM exercising his powers to reallocate funds.

“The CM definitely has the supreme power to make such decisions. Also, handling the Finance portfolio, he (CM) had exercised the same power when 70 to 80 MLAs requested him for funds,” he said. Ashoka also said Eshwarappa’s actions were “against the culture of BJP.”

Meanwhile, Health and Medical Education Minister K Sudhakar accused Eshwarappa of bringing in embarrassment for the government. “…Not just the government, he (Eshwarappa) has left the party and even himself embarrassed. He is a senior minister from the same district (as the CM), this issue could have been solved with a five-minute face-to-face talk,” he said.

As many as 50 BJP legislators have signed a resolution demanding Eshwarappa’s resignation, party sources said. “The letter will be submitted to the party’s central leadership in Delhi soon. As a party, we are united, and such actions cannot be tolerated anymore,” an MLA from Bengaluru said.