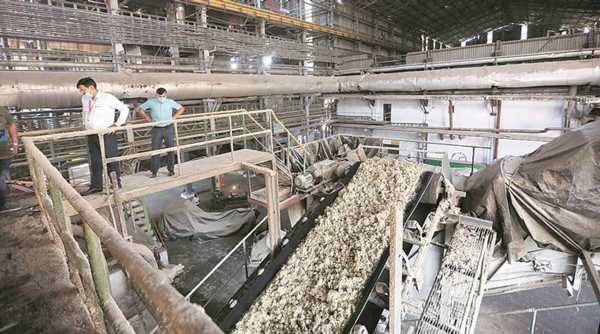 The Enforcement Directorate (ED) has asked for information about loans granted to Jarandeshwar Sugar Private Limited from Pune and Satara district central cooperative banks. Rajendra Sarkale, chief executive officer of Satara DCCB, said the ED has asked for details over email about the loan granted to this sugar mill and the bank has provided the same. Earlier this month, the ED had attached the premises of this sugar mill.

Located at Karad taluka of Satara Jarandeshwar, a cooperative mill was taken over by a private player when the Maharashtra State Cooperative (MSC) Bank auctioned it after it had failed to repay its loans. The mill was purchased by Guru Commodities at Rs 65 crores who in turn leased it to Jarandeshwar Sugar Mills, which has Sparkling Soil Pvt Ltd as a major investor, a company linked to Deputy Chief Minister Ajit Pawar and wife Sunetra. ED alleged undervaluation of the mill.

Ramesh Thorat, chairman of Pune DCCB, said they have provided working capital to the mill. “Mills pledge stocks of sugar and take loans from us. The loans are recovered as the amount is deducted from sugar sales,” he said. Pune DCCB lends to 36 sugar Mills and there is no default.

Similarly, Sarkale said the ED had asked for details of loans extended to the mill. Satara DCCB has provided Rs 129 crores worth of loans to the mill for the expansion and creation of cogeneration and distillery units. “Around Rs 96 crores is yet to be repaid,” he said.

The action against the mill has resulted in a major political storm in the state with the opposition targeting the NCP over this. The Mahavikas Aghadi members have alleged political vendetta by the BJP using central agencies.