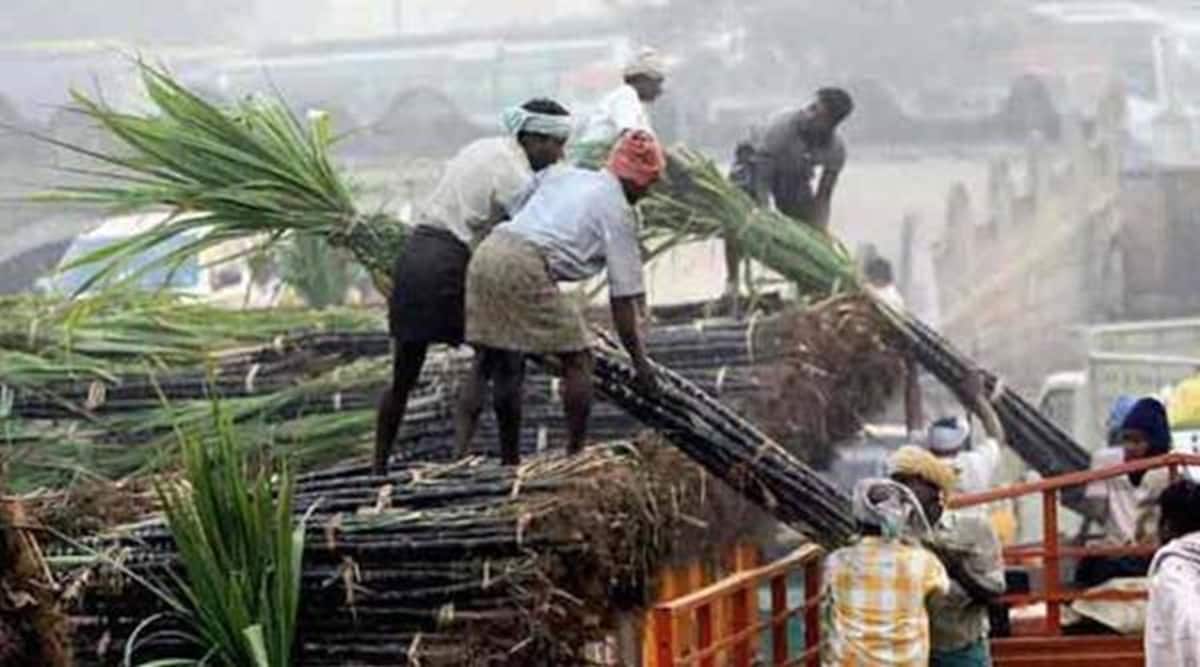 Since he heard the news about the Enforcement Directorate (ED) attaching the assets of Jarandeshwar sugar mills in Karad taluka of Satara, Shrikant Lavand has lost sleep. The farmer from the village of Katgun in Katav taluka in the district has 4 acres of cane, which will be ready for harvest after November.

“This is the nearest mill for us… the other mills which are in our area are not regular with their payments. The ED is free to take action but they should not stop the functioning of the mill,” he said.

Lavand has had a long association with the mill. He was one of the original shareholders of the mill when former minister Shalini Patil had started the erstwhile Jarandeshwar Cooperative Mill in the area, and he has therefore seen the rise, fall and again rise of the mill.

“We don’t care about who runs the mill but farmers should not have to pay the price for someone else’s corruption,” he said.

The ED had taken the action over alleged corruption in the auction and sale of the then Jarandeshwar Cooperative Mill in 2010. Failure of the then management to clear dues with the Maharashtra State Cooperative Bank had led to the auction of the mill. Guru Commodity had purchased the mill for Rs 65 crore and it was subsequently leased out to Jarandeshwar Sugar Private Mill Limited to run. The ED has claimed that Jarandeshwar Sugar Private Mill had links with Deputy Chief Minister Ajit Pawar and his wife Sunetra.

Jarandeshwar was one of the 41 cooperative mills put up on auction by MSC Bank due to bad debts. Opposition BJP and farmer leaders such as MP Raju Shetti had accused Pawar and the NCP of indulging in corrupt practices over the sale of the mill.

While listening to a public interest litigation by filed by one Surendra Mohan Arora, the Bombay High Court had asked the Economic Offences Wing of Mumbai Police to register an FIR in this regard.

As the political battle over the case rages on, for farmers like Lavand, the immediate question is what to do with their cane. Since its inception in 2003, Jaranadeshwar Mill has been the sole buyer for farmers in Katav and Koregaon talukas.

Last season, the mill had crushed 14.38 lakh tonnes of cane and paid farmers a cumulative amount of Rs 373.94 crore as the government declared Fair and Remunerative Price.

With an equally good cane season in the offing, local farmers have contacted mills in Karad to explore the possibility of selling their cane. “But most mills said they are flush with cane in their own areas and buying cane from other areas would not be a priority for them. Also, in case we have to sell it to them, farmers would have to harvest and transport cane on their own,” he said.

Ironically the mill had expanded its crushing capacity from 7,500 tonnes of cane per day (TCD) to 10, 000 TCD for the upcoming season. While Katav taluka has three other mills, their capacity is much lower than that of Jarandeshwar. The nearest mills which can purchase the ready cane are around 60 km away but they have adequate supply of mills from their own areas.

Cane growers in Katav and Koregaon, unlike their fellow farmers in Karad or Satara, lack access to canal irrigation and have to manage with groundwater. “With the monsoon being unpredictable this year, there is a strong possibility that groundwater can run out before the time to harvest comes,” said Lavand.

After the ED action, Lavant has made several trips to the mill to get some clarity about the fate of his cane, but staff at the mill office have been of little help. “Let ED take action against anyone it wants, but why should we suffer. If this crop is lost, we will lose our while year’s earning. Why are we being made to pay for someone else’s actions,” he asks.