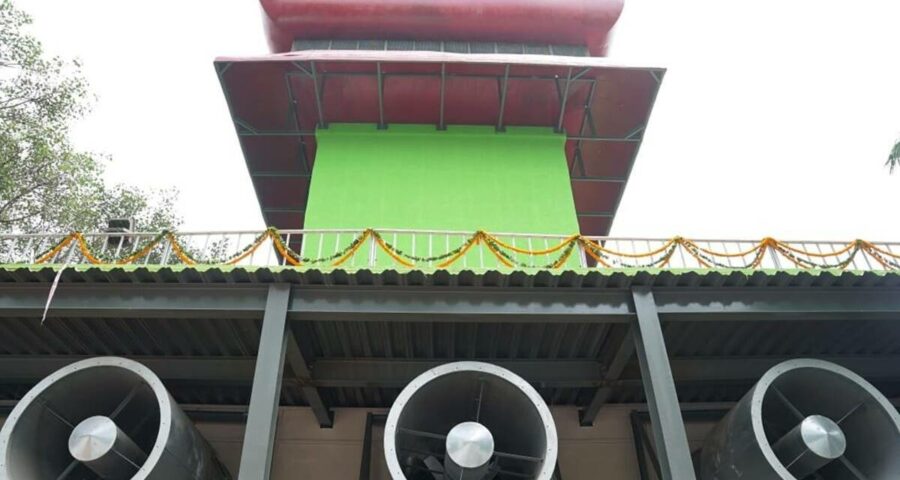 The smog tower has already resulted in expenses worth Rs 20 crore for the government. Of this, Rs 13 crore was spent to install the tower and was paid to Tata Projects and NBCC as their consultancy fees. The Delhi Pollution Control Committee (DPCC) will soon sign an agreement with Tata Projects Limited and National Buildings Construction Corporation (NBCC) for operations and maintenance of the smog tower at Connaught Place for the next four years.

Inaugurated in August, the smog tower has been costing the Delhi government dear. According to Anwar Ali Khan, project in-charge and DPCC senior environmental engineer, Rs 12 lakh will have to be spent per month for the tower – roughly amounting to around Rs 1.44 crore per year. This does not factor in the use of electricity. The tower consumes around 1,150 kWh of energy.

DPCC is the nodal agency for the Connaught Place tower and Tata Projects had executed the project while NBCC was the project management consultant.

The smog tower has already resulted in expenses worth Rs 20 crore for the government. Of this, Rs 13 crore was spent to install the tower and was paid to Tata Projects and NBCC as their consultancy fees. The University of Minnesota was also paid for the design and drawings. The remaining amount was paid to IIT-Bombay and IIT-Delhi. IIT-Bombay was paid for the research equipment, software, modelling study and deployment of researchers, while IIT-Delhi was paid for a monitoring component, Khan said.

Additionally, the filters – 5,000 in two layers – will have to be changed every three months and they are imported from the US. NBCC’s role is now going to be a supervisory one for the operations team, Khan said. The agreement with Tata Projects and NBCC has been prepared and is likely to be signed next week, he added. They were each initially taken on for 10 months while executing the project.

IIT-Bombay has suggested ‘monitoring protocols’ for the tower, Khan said. This includes running it for eight hours every day – from 8 am to 1 pm and from 3 pm to 8 pm, after a break. The institute will collect its readings from the sensors at the tower during this timeframe. Once the agreement is signed and an operator is on board, Khan said the tower will function round the clock.

Apart from the built-in monitoring, around 24 sensors will be placed at different locations within a 1-km radius to study the impact of the structure. The DPCC’s air lab will also be roped in to monitor the tower’s effect, Khan added.

The Delhi government had constituted a 16-member panel earlier this month to monitor the tower’s functioning. The construction of the CP tower and a second one at Anand Vihar were mandated by the Supreme Court.