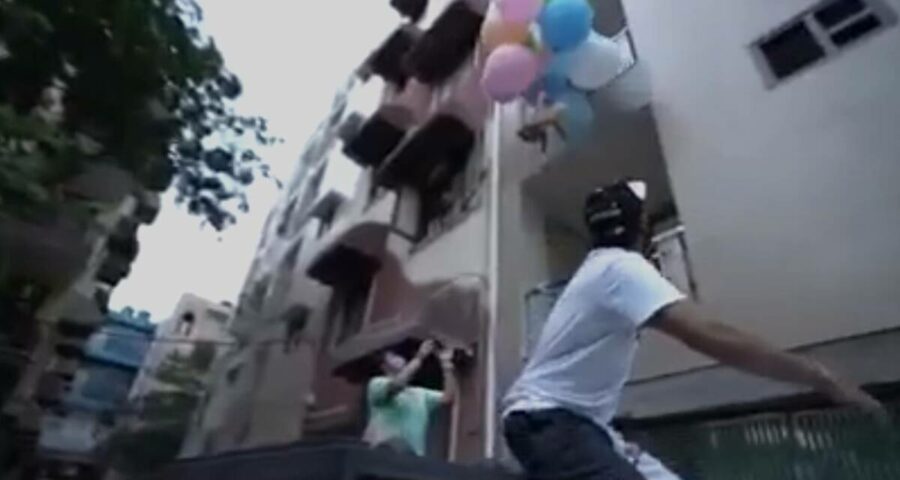 Gaurav Sharma and his mother have been released on bail. The mother of a Delhi-based YouTuber, who was seen making his pet dog ‘fly’ by tying balloons on its back in multiple videos, was arrested in connection with the case, the police said on Monday.

“Geeta Sharma, a resident of Panchseel Vihar in Malviya Nagar, was arrested a few days ago but released later, as she was booked for a bailable offence. She told the police that her son is a YouTuber and he made the video for his channel,” a senior police officer said.

Gaurav Sharma, the YouTuber, had been arrested earlier after the videos went viral, sparking outrage. His mother was also seen in the videos, police said. He too has got bail. The FIR against them is under sections of the Disaster Management Act and the Prevention of Cruelty to Animals Act.

In one of the video clips, Gaurav is seen standing atop a car with his dog, a toy pomeranian. He lets go of the dog and it starts floating in the air and goes up to the second floor of a building. The dog can be seen floating in the air for some moments as the YouTuber and his mother cheer on.

Gaurav, who has over 4.15 million subscribers on YouTube, posted the video on his channel on May 21. After criticism from viewers, he removed the clip and uploaded another video, saying he had taken “all safety measures” while making the clip. Soon after, officials from ‘People For Animals’ filed a complaint against him at Malviya Nagar police station.