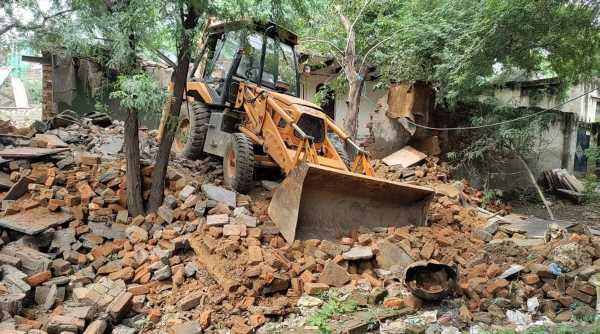 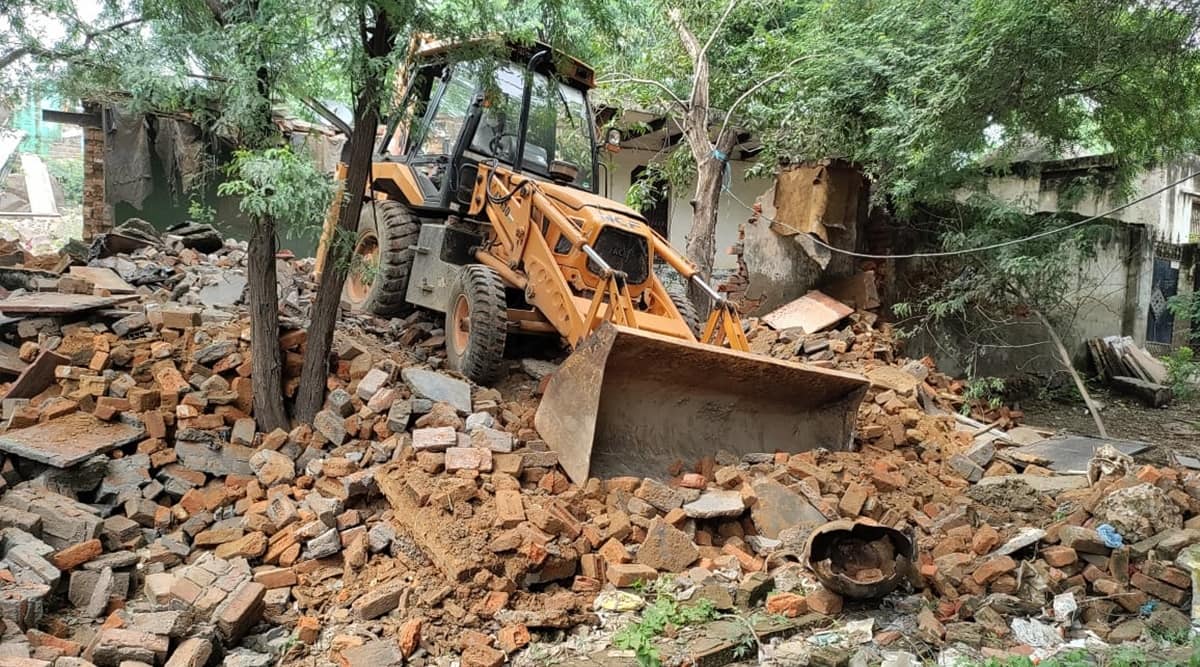 As a bulldozer razed her house to rubble in Jamai Colony on Tuesday, Shabana, (36) broke down, crouching on the ground, wailing and desperately pleading with officials to stop the demolition. After a few minutes, she composed herself and with her husband, Shamshad, rummaged through the debris, hoping to find something valuable.

“We took a loan of Rs 2 lakhs and spent all our savings to build this house. Ten days ago, the authorities sent a notice asking us to vacate our house. I have been living here for 7 years. Where do I go? We have been left to fend on the streets. The landlords in nearby areas – Badhkal, sector 48 – are asking for an advance rent of Rs 5,000 per month for a room. We can’t afford to pay that much,” said Shabana, who works as a maid, adding that she will stay at the site.

Amid heavy police presence, the Municipal Corporation of Faridabad (MCF) on Tuesday began demolition of illegally built houses on forest land in Jamai Colony. In June, the Supreme Court had ordered eviction of locals encroaching on the Aravalli forest area in the district, stating that “there could not be compromise or concession on forest land”, following which demolitions were carried out in Khori village in July.

Locals said the demolition drive started around noon near gate 3 of Jamai Colony. Police officials placed barricades on the approach roads to the colony near Sainik colony, restricting the entry of cars and two-wheelers and only allowed people on foot to pass through. Some media persons were also restricted from entering the site as a ‘safety measure’.

Many residents refused to leave the site saying that they would continue to live in their demolished house, using a tarpaulin or a tin sheet as roof. Sunita Devi, who has been living here for ten years, said, “I will not move. My two sons study in a nearby government school. I cannot just leave a life I have built here for a decade. The authorities should compensate us or make arrangements for shelter. My husband took a loan of Rs 1 lakh for this house. After Covid, he did not find work for several months. In current circumstances, we cannot rent a place.”

Several, who had feared that the demolitions would take place soon, after police had conducted a flag march in the area last week, and had already rented a house in nearby areas, stood by hopelessly at the site, for one last look at their homes. On the road from Sainik colony, several people were seen walking to Badhkal and sector 48 with their belongings. Jet Ram, sub-divisional officer, enforcement, NIT, said, “A notice was served to the residents earlier to vacate the houses. Over 1000 police personnel including crime branch officials and Swat teams were deployed for security. The demolition started at noon and remained peaceful. Over 200 houses were demolished and 4 JCB machines were used to remove the illegal encroachments from forest land. The road access was blocked as a safety measure.”