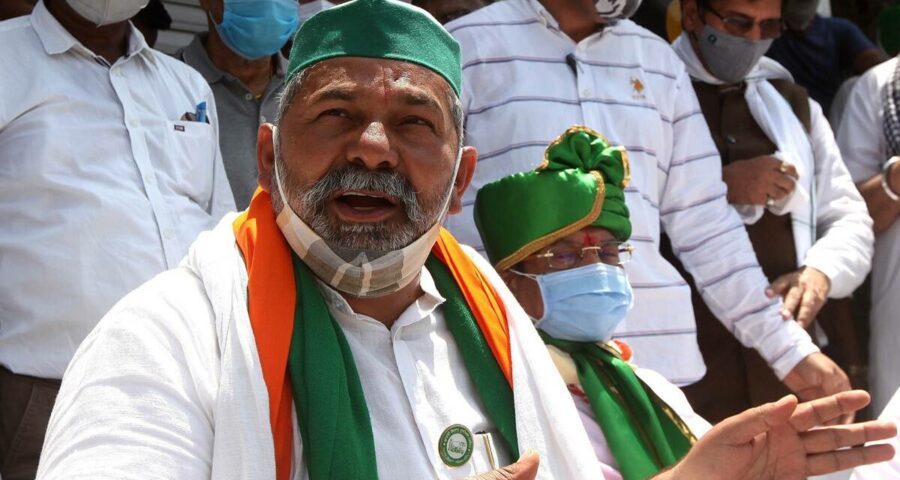 Thousands of farmers, mainly from Punjab and Haryana, have been camping at the borders of the national capital for the past six months to oppose three contentious farm laws that were passed by the parliament in September last year. 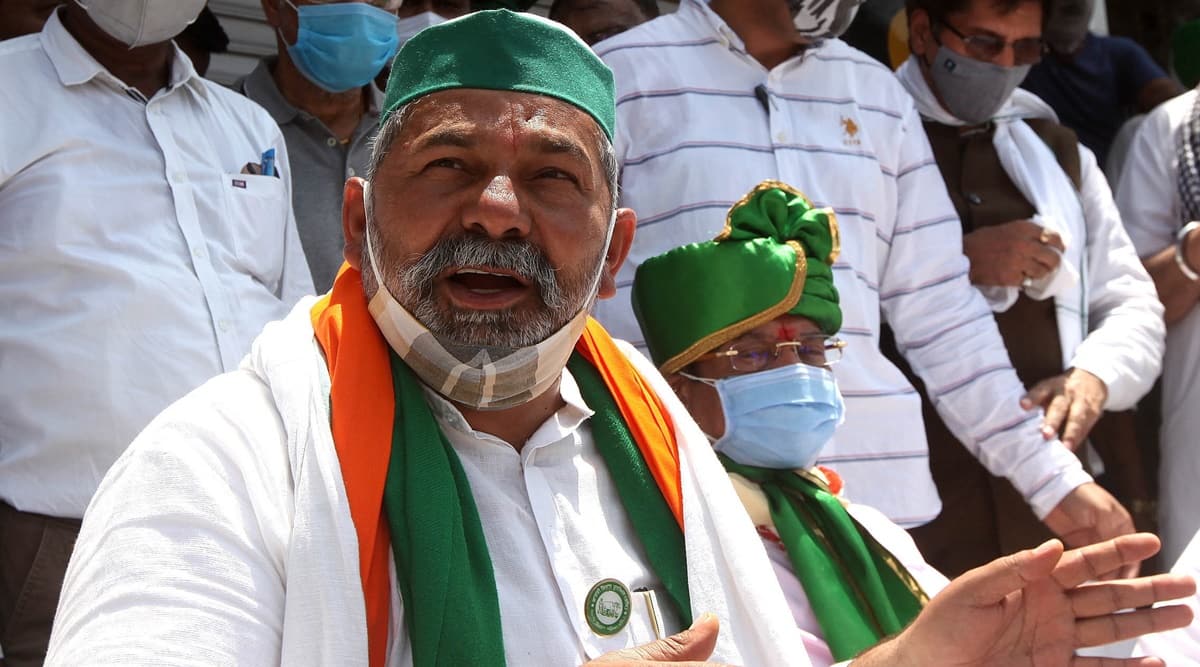 BKU leader Rakesh Tikait on Thursday accused the BJP government at the Centre of trying to shift the ongoing farmer agitation from the borders of Delhi to Haryana.

Thousands of farmers, mainly from Punjab and Haryana, have been camping at the borders of the national capital for the past six months to oppose three contentious farm laws that were passed by the parliament in September last year.

Some districts of Haryana — like Hisar and Jind — have emerged as the epicentre of the farmers’ agitation in the recent past with confrontation and clashes being witnessed between the agitators and the police force over the visits of BJP-JJP leaders.

Talking to media persons at a dharna site at a toll plaza near Jind, Tikait alleged, “The Indian Government wants to shift the farmers’ agitation from Delhi to near Jind in Haryana. We don’t want to bring Delhi’s morcha to Jind. We won’t let it happen. We won’t let the government succeed in its designs. (Manohar Lal) Khattar has taken full responsibility to settle the farmer agitation in Haryana, but it will not happen. We won’t leave Delhi at any cost.”

While referring to dharnas at toll plazas on national highways in Haryana, the BKU leader said the agitation will continue in Haryana as well as at Delhi borders as before. “But we won’t let the entire agitation shift here (in Haryana) from Delhi,” he said, adding that “we will keep our people in Haryana calm”.

On the issue of registration of FIRs against farmers protesting in Haryana, Tikait said, “They can lodge whatever number of cases they want. But we won’t shift the agitation.”

Difference of opinion between Tikait-Chaduni over Babli episode

BKU leader Gurnam Singh Chaduni has termed a group of young farmers, who had gone to protest in front of JJP MLA Devender Singh Babli’s residence on Wednesday evening, as “rebels”. “They are those who want to become heroes. They are violating our decisions which were taken unanimously for further course of action. They went to the residence of the MLA and got arrested,” said Chaduni. Demanding their release, the farmers had staged protests in two police stations of Fatehabad district on Wednesday night.

Tikait, however on the other hand, said that he didn’t want to brand the arrested farmers as “rebels”. “They are also our kids. They are also a part of this agitation. We will counsel them. The police need not to counsel them,” said Tikait, also demanding their release. Meanwhile, sources say, as many as 25 of the arrested farmers have been released, while two farmer activists have been sent to judicial custody.

Disturbance to law and order won’t be tolerated: CM

Haryana Chief Minister Manohar Lal Khattar, while giving necessary directions to Deputy Commissioners regarding peaceful protests, on Thursday said “in a democratic society, everyone has to follow certain rules and regulations and in order to run the societal system smoothly, one has to keep aside the thinking of doing things as per their wishes”. “In a democracy, everyone has the right to protest peacefully. We never object to anyone holding peaceful protests, but if somebody intentionally disturbs law and order, then certainly this cannot be tolerated.”