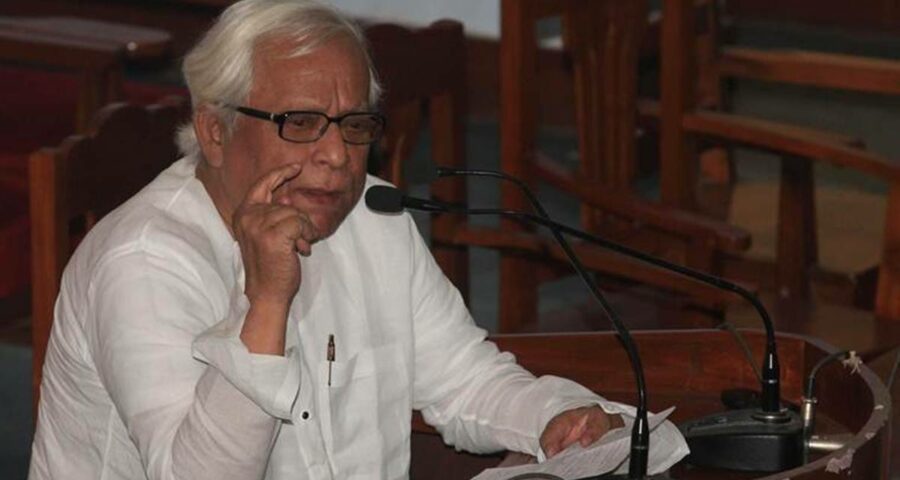 The hospital said the CPI(M) leader’s wife Mira, who was admitted on Tuesday evening hours after her husband, was also stable. Doctors treating former Chief Minister Buddhadeb Bhattacharjee in a private hospital here said on Wednesday that he was stable and responding to commands. The hospital said the CPI(M) leader’s wife Mira, who was admitted on Tuesday evening hours after her husband, was also stable.

In a statement, the hospital said, “He presented with drowsiness and shortness of breath. He was detected SARS-Cov-2 positive on May 18. He is on BIPAP with three litres of oxygen, SpO2 maintaining at 92%. He is presently a bit drowsy but arousable on commands. Blood pressure is stable, he is having a heart rate of 56/min. Urine output is satisfactory. He had some food orally last night. IL6 and CRP are showing increasing trends and he has been given loading dose of Inj Remdesvir last night. Plan to give Inj Tocilizumab if needed. Today’s morning ABG showed improved oxygenation (PaO2-88). Treating doctors are on constant vigil on his health situation and will take appropriate measures from time to time.”

Both the former chief minister and his wife tested positive for Covid-19 last week. After treatment, Mira Bhattacharjee was released from hospital on May 24. However, following her husband’s hospitalisation, Mira suffered an anxiety attack. She started vomiting and had to be readmitted.

“She is maintaining oxygen saturation at 99% in room air. Blood investigations have been sent. She is clinically stable,” said a source in the hospital.

Meanwhile, active cases came down to 1,23,377 as recoveries outpaced new infections. According to the state health bulletin, in which figures are updated till 9 am, 16,225 people tested positive in 24 hours. The state reported 153 fatalities in the same period, pushing up the toll to 14,827.