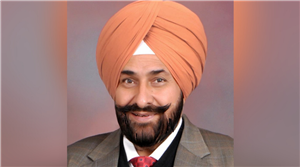 A letter by the Punjabi Lok Virasat Academy said that the seven freedom fighters from the Ghadar Party had laid down their lives and fought against the British to get the country freed from colonial rule. Demanding that the Punjab government pay an apt tribute to seven inquilabi leaders of Ghadhar Party who were hanged to death in the Lahore Central Jail by the British, following their trial in the Lahore conspiracy case, the Punjabi Lok Virasat Academy on Monday shot off a letter to Chief Minister Charanjit Singh Channi. The letter said that “no government ever since 1947 has held any programme to remember these seven bravehearts on one stage, so the current Punjab government should do it now”.

Gurbhajan Singh Gill, an eminent Punjabi poet and chairman of the academy, who has written the letter, said that the seven freedom fighters from the Ghadar Party had laid down their lives and fought against the British to get the country freed from colonial rule. “But seven of these brave men have not been remembered by any government together on one platform. We urge CM Charanjit Singh to take this initiative now, and the government should organise a tribute paying ceremony now on November 16, the day they were hanged to death at Lahore central jail in 1915,” said Gill.

The seven Ghadhrites who were hanged to death by the British are Shaheed Kartar Singh Sarabha (from Sarabha village of Ludhiana), Jagat Singh (from Sur Singh village of Tarn Taran), Shaheed Bakshish Singh, Surain Singh senior and Surain Singh junior (all three from Gillwali village of Amritsar), Harnam Singh (originally from Sialkot of Pakistan, his family currently living at Sarna village of Pathankot) and Ganesh Pingle Talegaon from Pune of Maharashtra.

“We request the government to make adequate arrangements to remember these brave men on November 16, which will be historic and the first such programme to pay tribute to them, ever since 1947. We have also prepared the posters of photographs of seven men which we are ready to hand over to the Punjab government so that they can be published in government advertisements and other publicity material after your approval,” read the letter.