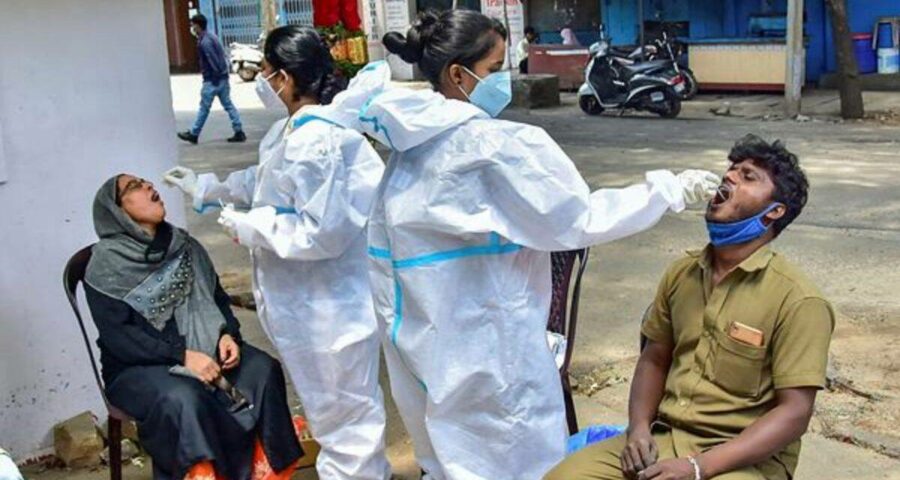 The day also saw 14,785 discharges, with recoveries continuing to outnumber the fresh cases. The total number of recoveries in the state so far touched 25,81,559.

Out of 115 deaths reported on Tuesday, 26 were from Mysuru, Bengaluru Urban (16), Dharwad (8), Davangere (7), Hassan (6), Ballari, Dakshina Kannada, Shivamogga and Uttara Kannada (five each), followed by others.

Karnataka Chief Minister B S Yediyurappa on Tuesday hinted that there will be further relaxations in the lockdown restrictions in the state after June 21.

“After analysing the situation today and tomorrow, we will look into – what is to be done, with the situation improving, and what all to be relaxed further- and we will do it,” Yediyurappa said in response to a question about the next phase of unlocking in the state.

The government had last week issued fresh guidelines that extended the lockdown measures in 11 districts, which have a high positivity rate, till June 21, while some relaxations were announced in the rest of the state from June 14. It had also said that Covid night curfew will be imposed from 7 pm to 5 am (daily) and weekend curfew will be imposed from 7 pm on Friday to 5 am on Monday, after June 14.

Among the relaxations announced by the government in remaining 19 districts of the state include opening of parks and industrial units, extending the duration of shops selling essential goods and permission for autos and taxis to ply with maximum two passengers, among others.

The relaxation in lockdown measures is in place from 6 am on June 14 to 6 am on June 21. The Karnataka government had initially announced 14 days ‘close-down’ from April 27, but subsequently imposed a complete lockdown from May 10 to May 24, as the Covid cases continued to spike.

“The 35th Oxygen Express has reached Inland Container Depot, Whitefield, Bengaluru at 09:10 am today. It had started from Kanalus, Jamnagar, Gujarat at 05:09 pm on June 13,” South Western Railway said in a statement.

Indian Railways has so far run 424 Oxygen Expresses and transported more than 30,455 tonnes of LMO in 1,748 tankers to all over the country and has brought relief to 15 states in their fight against Covid -19.