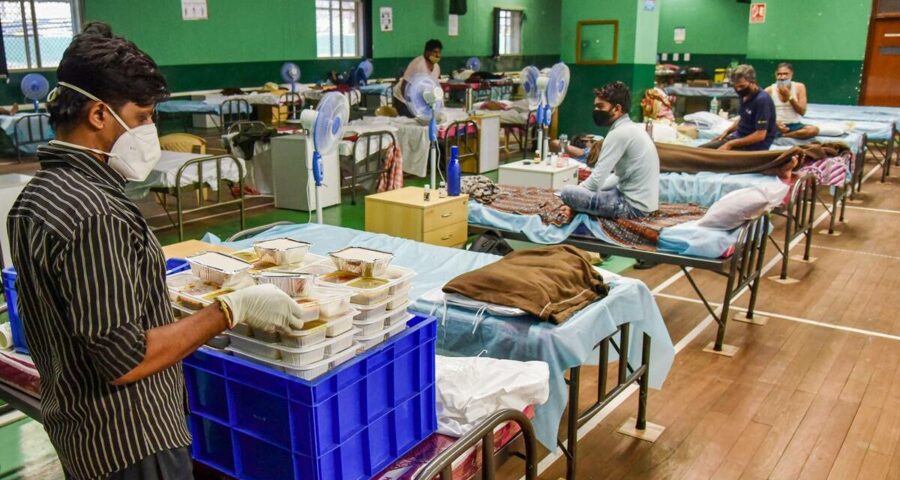 According to Forest Minister Arvind Limbavalli, the state government has issued a directive to manage the spread of the virus at the ward level. Likewise, measures are being taken to curb the virus in line with Mumbai and Chennai. In a bid to effectively prevent Covid19 at the local level, the Bruhat Bengaluru Mahanagara Palike (BBMP) has formed a ward-level Decentralised Triage and Emergency Response (DETER) Committee.

According to Forest Minister Arvind Limbavalli, the state government has issued a directive to manage the spread of the virus at the ward level. Likewise, measures are being taken to curb the virus in line with Mumbai and Chennai. He also requested the volunteers, NGOs, RWAs and the public to join hands with the officials to fight Covid.

Limbavalli said that not every Covid infected needs to be admitted to the hospital. Those with no separate facility to self-isolate can get treated at Covid Care Centre or Stabilisation Centre. Along with this, triaging centres will be formed at the ward level to treat the home isolation patients, he said.

Chief Commissioner Gaurav Gupta said that the state government has formed an Emergency Response Committee at ward level in BBMP limits to combat Covid19. Everyone is required to work towards containing the virus. He said there are about 2,000 cases in the city on daily basis. In this regard, decentralisation of zonal war rooms can help address every need of the Covid19 patients. This will also help bring down the rising cases, he noted and requested everyone to work onward level.

Principal Secretary, Revenue Department, N Manjunatha Prasad informed that ward level committees are formed in all 198 wards of the city in BBMP Limits to contain the virus. The officials in each ward must work with RWAs, organisations, students, and volunteers and set up a ward control room, triage centre, micro Covid Care Centre to respond quickly to the concerns of Covid19 patients, he said.

He also said that lists of small hospitals, dental colleges and students must be prepared and teams must be formed to assign responsibilities of Covid19 management. The issues of bed allotment, late test results must be solved locally, he added.

Meanwhile, Bengaluru Urban reported 20,897 out of the 47,930 fresh infections from across the state on Sunday. The capital city also reported 281 fatalities, the highest among all 30 districts in the state in the state.