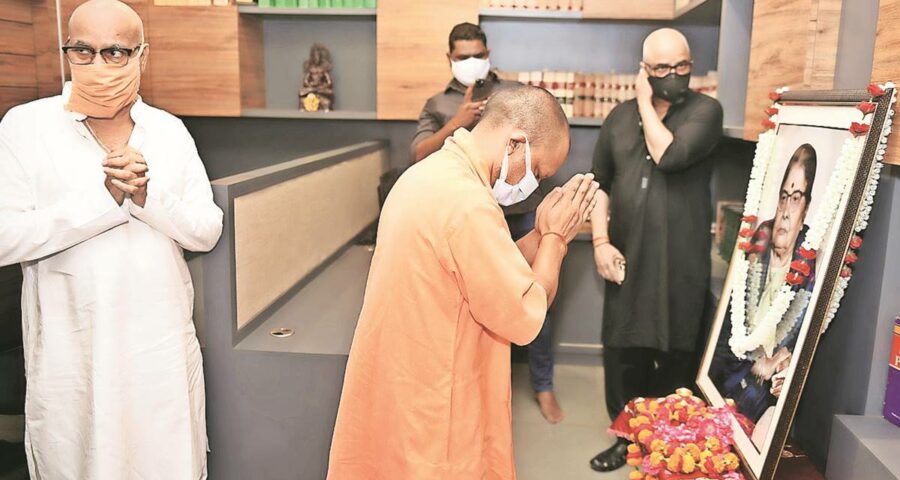 Uttar Pradesh Chief Minister Yogi Adityanath on Sunday claimed that under Prime Minister Narendra Modi’s leadership India had recovered from being a country that was “hollow and damaged from inside”.

At a virtual event held to mark seven years of the BJP-led government at the Centre, Adityanath told a group of villagers from Sitapur and Mahoba districts, “We should not forget that when PM Modi took oath in office, then he got an India that was hollow and damaged from inside. Terrorism, separatism, corruption was at their peak. Caste-based violence and riots were common occurrences in the country. Development was confined to a few people and in the country, there was a situation of anarchy. There was no respect for India on the international stage.”

Speaking about the government resolve to ensure “sabka saath sabka vikas [a united path to development for all]”, the chief minister said, “The country’s citizens have equal rights to resources and schemes…Under PM Modi, the benefits of all schemes reached people without discrimination. The work on infrastructure in the country — highways, railways, airports — Someone wearing hawai chappal [slippers] can only also travel in hawai jahaaz [aeroplane]. This has been done by PM Modi.”

Adityanath targetted previous governments run by Opposition parties, especially the Congress. “Could anyone have imagined that so many medical colleges would be established? Those who ruled the country for 55 years gave the country just one AIIMS. Modi ji has given 22 new AIIMS to the country, along with more than 300 medical colleges.”

He spoke about the benefits of direct bank transfers to migrant workers. “No one could take this money in the middle. Whatever money was allocated from Delhi went to accounts, same for the money from Lucknow.”

Adityanath praised the Modi government’s handling of the crises brought about by the Covid-19 pandemic, and claimed that its actions had helped save lives and livelihoods. “The Covid pandemic has given us several types of challenges. Among the challenges, under the guidance of PM Modi, the country has faced the difficult task of saving the lives and livelihoods of people. The PM has been working to save the country from Covid since last year,” he said.

The CM added, “India’s population is 135 crore. Each person has fought against the coronavirus. A powerful country like America also struggled and was defeated, so was England. Other developed European countries with better healthcare facilities than India were defeated by the coronavirus. But the resolve of India to defeat Covid, it can be seen being fulfilled today.”

Adityanath said the “new India under PM Modi” had developed two vaccines to protect people from Covid-19. Speaking about the role of BJP workers in the pandemic response, the chief minister added, “The party and the PM’s vision is sewa hi sangathan [service is organisation].”