Sam D’Souza, who ‘brokered deal’, surfaces; says Wankhede not involved, NCB witness Gosavi pretended to be in touch with him 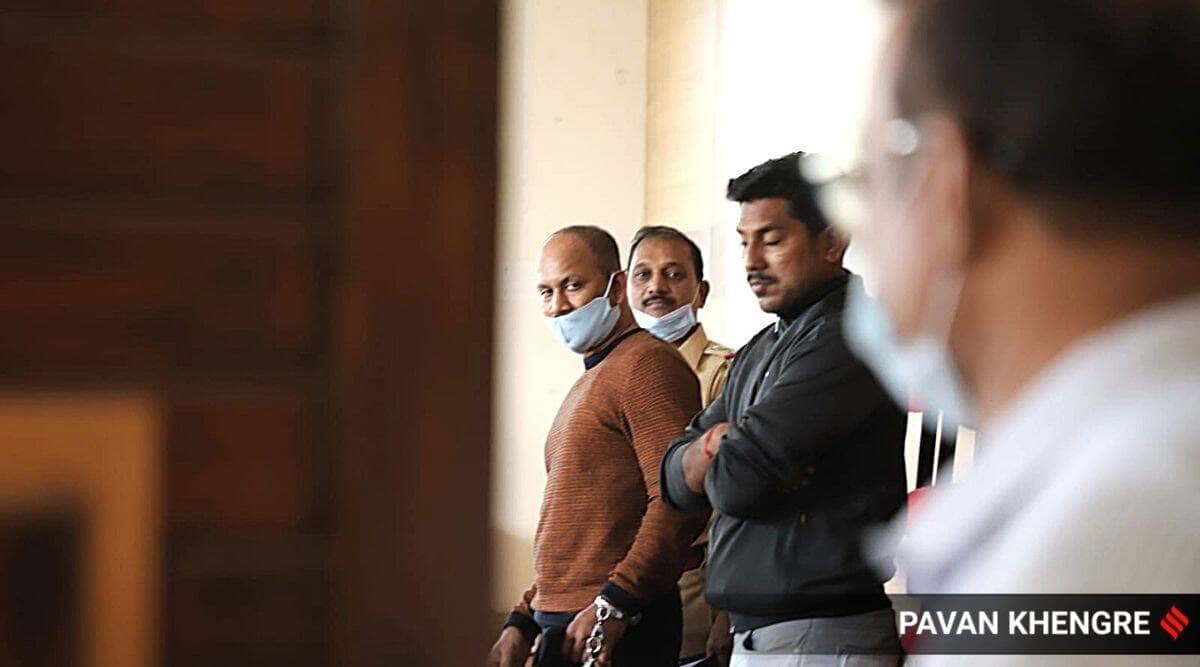 Sam D’Souza, who was named as the person who allegedly “brokered a deal” — purportedly between Pooja Dadlani, actor Shah Rukh Khan’s manager, and K P Gosavi, a panch witness in the Cordelia cruise ship raid case — for a payoff to “help” Aryan Khan, has claimed that Gosavi was paid Rs 50 lakh, but he (D’Souza) made him return the money.

Speaking to a TV channel, ABP Majha, on Monday, D’Souza said NCB zonal director Sameer Wankhede had no role in the alleged deal, and Gosavi had only pretended to be in touch with him. D’Souza claimed he made Gosavi return the money after realising that he was a “cheater”.

Dadlani did not respond to calls or text messages from The Indian Express. Since the interview aired, D’Souza’s number has been switched off. Wankhede had earlier denied that he was part of any deal with Dadlani. Gosavi was arrested in a cheating case in Pune last week.

D’Souza’s name cropped up last month when Prabhakar Sail, a witness in the alleged drugs case who claimed to have been employed as a bodyguard by Gosavi, alleged that he heard Gosavi speaking on the phone with D’Souza, asking him to strike a deal with Dadlani for Rs 25 cr, of which Rs 8 cr would be given to Wankhede.

D’Souza told the TV channel that he arranged a meeting between Dadlani and Gosavi in the early hours of October 3 to “broker a deal”. “Dadlani, her husband, Gosavi, I and some others met at Lower Parel around 4 am on October 3,” he claimed. D’Souza said he left the spot, and was later informed that Gosavi had taken Rs 50 lakh from Dadlani to “help” Aryan.

He claimed that at the rendezvous in Lower Parel, Gosavi’s phone rang and he showed him the caller ID which said “Sameer Sir”. But, he alleged, Gosavi had saved Sail’s number under that name, and showed it around to give the impression that he was talking to Wankhede while brokering the deal.

D’Souza said he later realised Gosavi was a “cheater” as the Truecaller app showed the number to be Sail’s. “I realised that he had just pretended to be talking to Sameer Wankhede,” he told the channel.

He claimed that within hours of this meeting, he put pressure on Gosavi and ensured that the money was returned.

D’Souza said he had nothing to do with the raid itself. He claimed to have received a call on October 1 from one Sunil Patil, who he described as a “power broker”. Patil reportedly told D’Souza that he had some important information about the party on board the Cordelia the next day. “Patil asked me to connect him to NCB. Hence, I called Gosavi and introduced the two,” D’Souza said.

According to D’Souza, after Aryan’s arrest, Gosavi called him to say that Aryan wanted to speak with Dadlani. Gosavi also told him that no drugs were found on Aryan’s person and they could “help” him.

D’Souza claimed that he got in touch with Dadlani through some “friends”.

Asked about his relations with the NCB and allegations that he was a drug peddler, D’Souza said he had no such record and was a businessman. He said that in the past, whenever he got information about narcotics, he had passed it on to NCB officials.