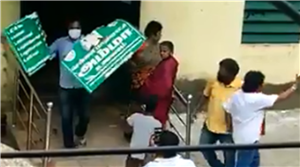 DMK Saidapet MLA Ma Subramaniyam said MK Stalin has ordered the removal of DMK workers if they are found responsible for the incident. 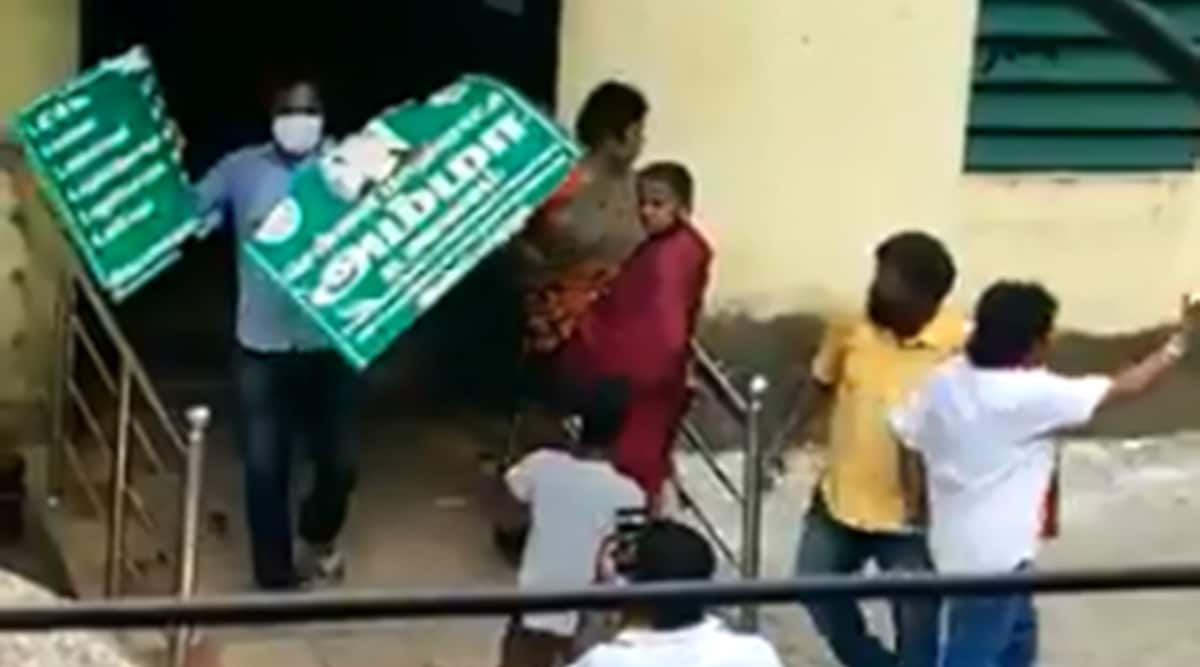 An Amma Unavagam in the Maduravoyal area of Chennai run by the Tamil Nadu government was ransacked by unidentified people on Tuesday. In visuals that went viral on social media, a couple of men were seen tearing up the poster and boards of the canteen which carried the name of the late J Jayalalithaa.

‘Amma Unavgam’ is the brainchild of former Tamil Nadu Chief Minister J Jayalalithaa. The canteen had been functioning since 2013 and providing quality food at reasonable prices, such as an Idli for Re 1, curd rice for Rs 3 and Sambar rice for Rs 5. The canteens were launched to help the poorer sections of the society.

In the video, the canteen workers were seen standing in shock as the attack took place. One of the men who attacked the canteen was seen wearing a black and red coloured shawl, associated with the DMK party, around his neck. The man ransacked the canteen, including its kitchen and serving area. Vegetables and other food items were spilled on the ground.

Later, DMK Saidapet MLA Ma Subramaniyam reached the place and reattached the posters. Taking to Twitter, he posted a video of their action and said that DMK president MK Stalin has ordered to place the name boards where they were before and remove the DMK workers if they are found to be responsible for the incident.

Members of the AIADMK later staged a protest and demanded the arrest of the people involved in the act. Based on the complaint lodged by the workers, the JJ Nagar police reached the area and conducted inquiries.