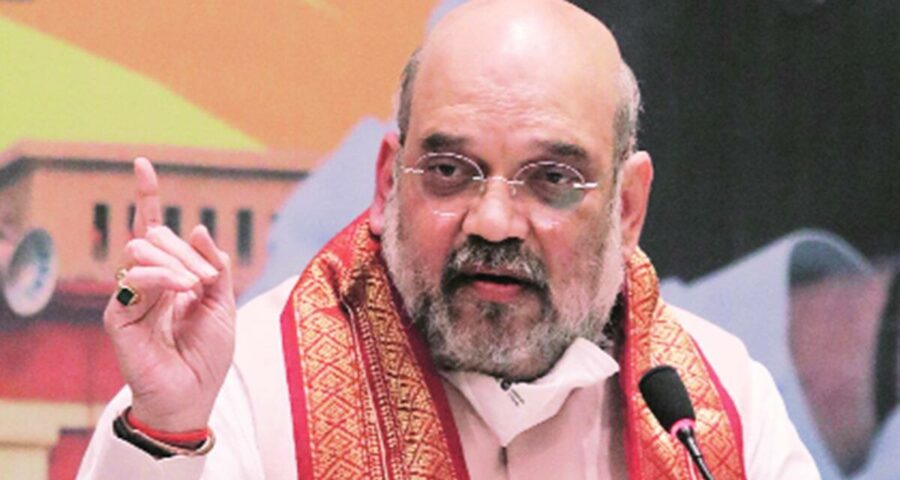 th more than 30 per cent vote share in north Bengal, the Rajbongshis are a crucial factor in the region. The community helped the BJP make massive inroads in north Bengal in the 2019 Lok Sabha polls. With an eye on Koch-Rajbongshi and Matua votes, Union Home Minister Amit Shah will visit the districts of Cooch Behar and Noth 24 Parganas on Thursday to campaign ahead of the Assembly elections. In Cooch Behar, Shah will flag off the fourth phase of the “parivartan yatra” and visit the famed Madan Mohan temple.

With more than 30 per cent vote share in north Bengal, the Rajbongshis are a crucial factor in the region. The community helped the BJP make massive inroads in north Bengal in the 2019 Lok Sabha polls. In Cooch Behar and Jalpaiguri districts, Rajbongshis could be a deciding factor in more than 15 Assembly seats.

Later in the day, Shah will visit Thakurnagar in North 24 Parganas district that is the headquarters of the Matua community. Shah will offer prayers at the famous Shri Shri Harichand Thakur temple before addressing a public rally at the Thakurbari ground.

The Matuas are Namasudras, a Scheduled Caste group with a presence in at least 42 Assembly seats North 24 Parganas and Nadia districts and in some parts of north Bengal.

Shah was scheduled to visit Thakurnagar on January 30 and address people about the implementation of the Citizenship Amendment Act (CAA), a long-standing demand of the Matuas. However, his visit got cancelled at the eleventh hour following a blast outside the Israeli Embassy in Delhi.

After the visit was called off, BJP leaders, including Mukul Roy, visited Thakurnagar and requested the organisers of the public meeting not to dismantle the stage.

Later, BJP MP Shantanu Thakur, who represents Bongaon in Parliament, announced that Shah would address the meeting on February 11. Thakur is a member of the Matua Mahasangha.

During his visit to the state last December, Shah said the amended citizenship law would be implemented once Covid-19 begins. The statement did not go down well with the community, whose members felt betrayed despite backing the Narendra Modi government.

Meanwhile, the Centre also extended the deadline for framing CAA rules by three months till July, which means that the amended citizenship law will not be implemented before the state elections.

Meanwhile, later on Thursday, Shah will visit the Science City auditorium in Kolkata to address a social media
volunteers’ meeting.