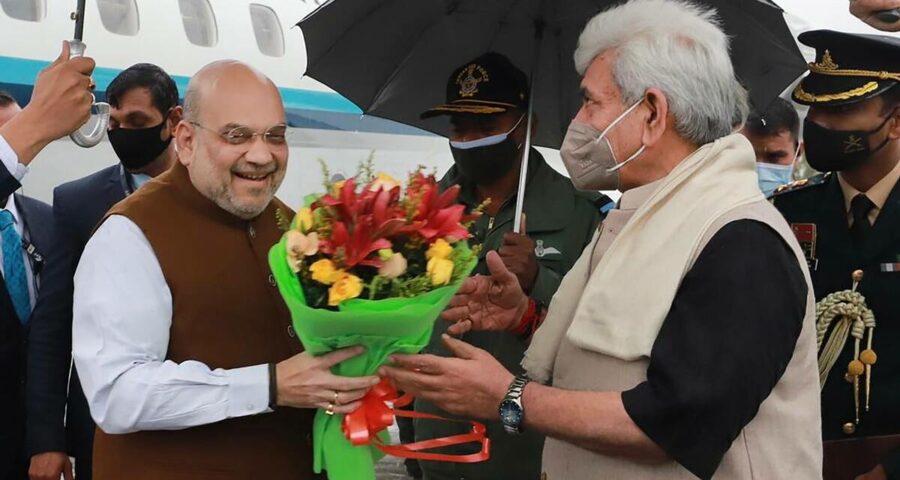 In preparation for the visit, which is Shah's first after the abrogation of Article 370, Jammu and Kashmir Police have detained around 900 people and imposed an unofficial ‘ban’ on two-wheelers 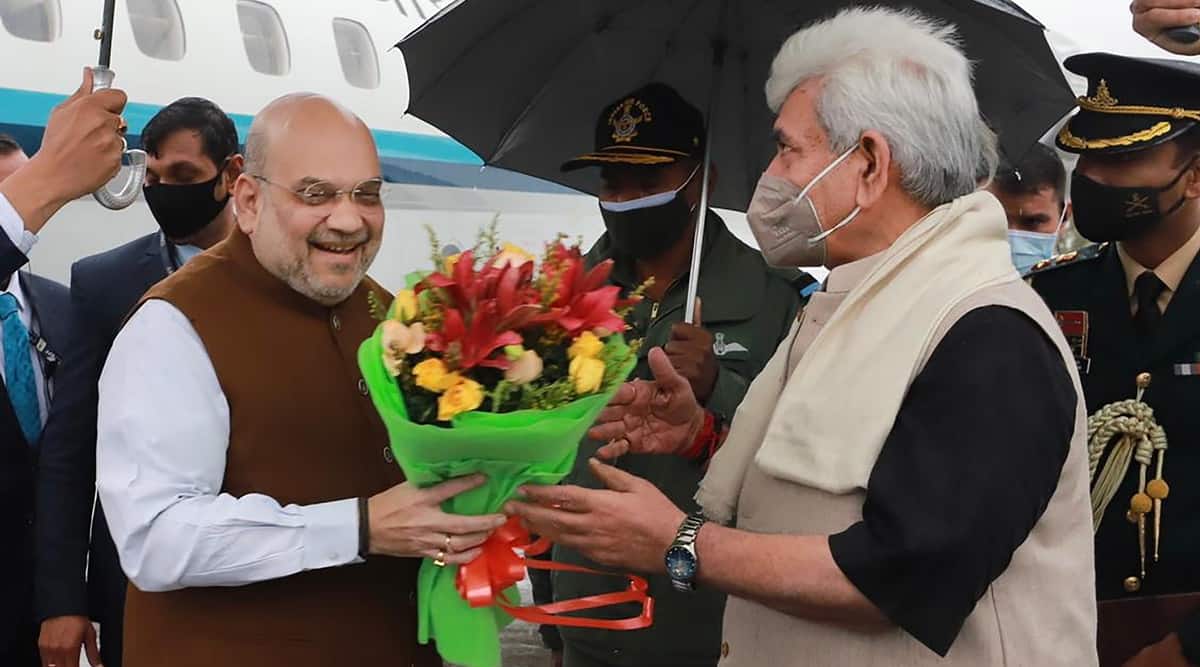 Amid an unprecedented level of security, hundreds of detentions and an unofficial “ban” on two-wheelers, Union Home Minister Amit Shah arrived in Srinagar on a three-day visit to Jammu and Kashmir to review the security situation. This is Shah’s first visit to the Union territory since the abrogation of Article 370 on August 5, 2019, and he was received by Lt Governor Manoj Sinha.

A jittery establishment has put in place a three-tier security setup for the visit in the wake of recent targeted attacks by suspected militants in the region that have killed at least 11 people, most of them workers from Bihar. While sharpshooters have been positioned at several places in Srinagar city, police personnel have been posted in civvies to keep militants at bay.

In preparation for the visit, Jammu and Kashmir Police detained around 900 people from different parts of Kashmir valley and have started a new round of PSA detentions. Those detained include former stone pelters, relatives of militants and alleged “over ground workers” of militant outfits.

Over the past week, around two dozen people were slapped with the Public Safety Act and on Friday the government shifted 26 PSA detainees to Agra jail in Uttar Pradesh.

The police have also imposed an unofficial ban on the plying of two-wheelers, especially in Srinagar city. Cops have confiscated hundreds of two-wheelers, even those for which riders produced all necessary documents.

While police, in a tweet, said that the seizure of motorbikes is not linked to Shah’s arrival, individuals whose vehicles were taken away have been asked to get them back only after the visit concludes. The unofficial curb on the movement of two-wheelers has hit businesses, especially online delivery services.