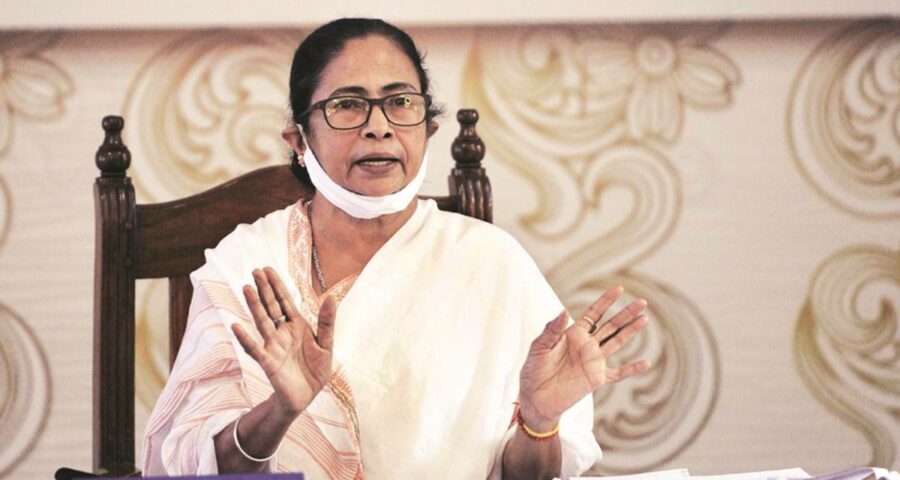 The statement comes after the Ministry of Home Affairs (MHA) issued a show-cause notice to Alapan Bandyopadhyay for reporting 15 minutes late to Prime Minister Narendra Modi’s cyclone review meeting on May 28. West Bengal Chief Minister Mamata Banerjee on Wednesday said the tug-of-war over Alapan Bandyopadhyay, the former state chief secretary who has retired and is now the CM’s chief adviser, is now a closed chapter. She, however, asserted that her administration will continue to stand by him on the row over his not reporting to the Centre on duty.

The statement comes after the Ministry of Home Affairs (MHA) issued a show-cause notice to Alapan Bandyopadhyay for reporting 15 minutes late to Prime Minister Narendra Modi’s cyclone review meeting on May 28.

Bandyopadhyay was with Chief Minister Mamata Banerjee when she decided to skip the Cyclone Yaas meeting in Kalaikunda.

Sources have said that the notice under the Disaster Management Act, if converted to a statutory case, could result in punishment of imprisonment extending up to two years. Bandyopadhyay has been asked to reply within three days.

Late on Monday evening, the Department of Personnel and Training, which is the cadre-controlling authority for the IAS, too served a notice on Bandyopadhyay for failing to report to Delhi.

While TMC MP MP Sukhendu Sekhar Roy called the notice “illegal: and an “act of revenge”, BJP leader Suvendu Adhikari demanded action against the former chief secretary for “indiscipline, violating service rules at a time of a natural disaster and a global pandemic, irregularities, and not helping others just because of sinister political games”.

On Monday, Bandyopadhyay had retired from service after declining the three-month extension given to him, and had been appointed chief adviser to the chief minister.

Just before it was announced that Bandyopadhyay was retiring from service, the Centre had sent a second letter to him on Monday, asking him to report to North Block on Tuesday. This came hours after Banerjee wrote to Prime Minister Narendra Modi to assert that her government would not release Bandyopadhyay for central deputation.

Referring to the controversy, Chief Minister Mamata Banerjee on Monday said, “The Centre has asked him to join North Block on Tuesday but it cannot force an officer to join it without the permission of the state government. Besides he had already retired before the arrival of the second letter. I allowed him to retire.”

Senior TMC leader and state minister Chandrima Bhattacharya had said there was no logic in the central government’s move to recall Bandyopadhyay only five days after extending his term by three months.

“A Union minister today alleged that the chief secretary [CS] had walked out of the meeting. This is totally false. The chief secretary was with the chief minister and he is supposed to report to her. Both the CM and the CS were made to wait for half an hour to meet the PM. Is that fair?” Bhattacharya asked.

Top bureaucrats had earlier criticised the Centre’s decision to ask Bandyopadhyay to report to the Centre in Delhi. “This is perhaps the first time in the history of independent India that a Secretary-level officer is being posted at the Centre one day before retirement. The order is totally irregular. And to say that a Secretary-level officer must report to Delhi by 10 am (on a particular day) is just unheard of,” former home secretary G K Pillai had told the Indian Express.