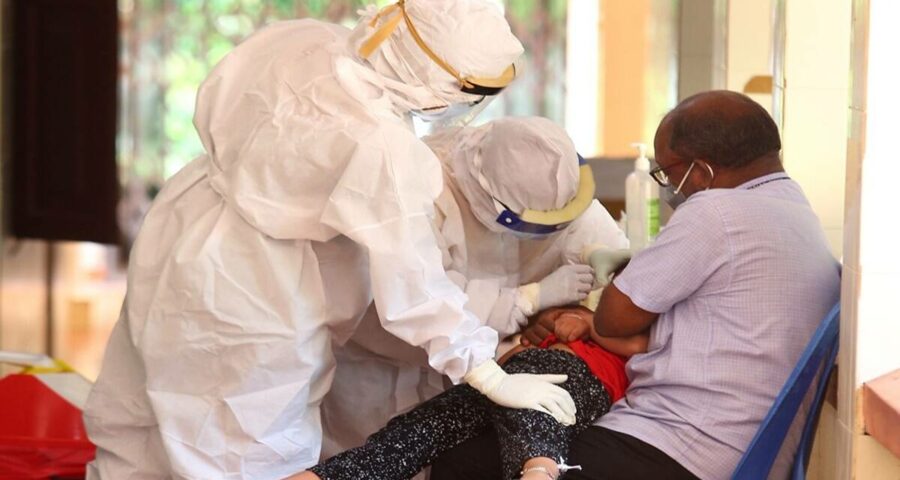 The test positivity rate also shot up to 17.4 per cent—from 14.5 per cent just before the drive—for the first time since October. Kerala Saturday reported an all-time high of 13,835 fresh Covid cases after testing was ramped up as part of a two-day mass testing programme. The test positivity rate also shot up to 17.4 per cent—from 14.5 per cent just before the drive—for the first time since October.

On Friday, 1.35 lakh samples were collected, and of these, 81,211 samples were tested and 13,835 turned out to be positive. In a few districts, such as Kozhikode and Kottayam, the test positivity rate has gone beyond 20 per cent.

Though the state has 80,019 active cases, the health infrastructure is not under stress as only 10,539 patients are being treated at hospitals. 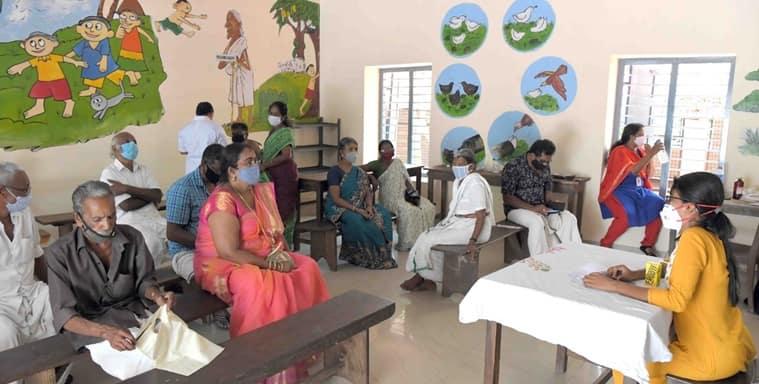 Health Minister K K Shailaja said the state is prepared to meet the surge in cases.

“Asymptomatic patients will be allowed to stay at home. Those who don’t have isolation facilities at home will be taken to local domicile care homes. Patients with minor symptoms will be admitted to first-line treatment centres and those in serious condition will be lodged in dedicated Covid-19 hospitals,’’ she said.

She said the state has sought 50 lakh doses of vaccine from the Centre as its stock has come down to 5.5 lakh. Currently, there is no shortage of medicine and oxygen in the state. In the event of active cases going up, however, the state has urged the Centre to extend support, said the minister.

A study conducted in March in Kerala pegged the seroprevalence rate at 10.76 per cent. This means around 11 per cent of people in the state had then developed antibodies to the virus.