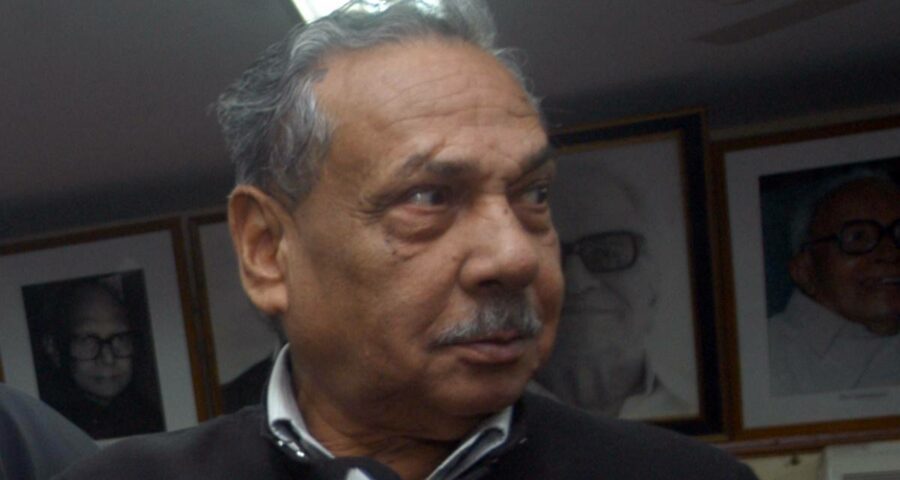 Roy had been staying at RPS MP N K Premachandran's residence since his retirement from Parliament and active politics following poor health. Senior Revolutionary Socialist Party (RSP) leader and three-time MP Abani Roy, who was the face of the Left Front in Delhi during the UPA-1 government, died at Delhi’s RML Hospital on Thursday at around 11am. He was 84. Roy had been bedridden since 2016 after a brain stroke.

The cremation took place at the Lodhi Road Crematorium in the evening.

Expressing her condolences, West Bengal Chief Minister Mamata Banerjee tweeted, “Deeply pained to hear about the demise of veteran leader and former Rajya Sabha MP Shri Abani Roy. Sincere condolences to his family and loved ones.” Later, in a statement, she added, “He was a member of the Rajya Sabha. He had contributed in various social works. His passing away will create a big void in politics.”

Associated with the RSP since the age of 20 in 1959, Roy was the member of its Central Secretariat, besides being the general secretary of the party for a brief period. His first foray into electoral politics was in 1978, when he was elected to the Kolkata Corporation. He entered the Rajya Sabha in 1998 and retired in August 2011. He was part of the top Left leadership that engaged with the Congress-led UPA when the Left parties supported the Manmohan Singh government from outside.

“I have many fond memories of him going back to the drafting of the Common Minimum Programme of UPA-1 in May 2004. Terrific sense of humour,” Congress leader Jairam Ramesh tweeted.

While an RSP loyalist all his life, Roy resigned from the party in 2009 when a section of its leaders objected to his writing to then prime minister Manmohan Singh demanding that the government disallow the deal between Bharti Telecom and South African telecom major MTN and alleging that it was a threat to India’s security.

Roy also wrote to Singh on the dispute between the Ambani brothers — Anil and Mukesh. His party colleagues went on record protesting against his writing letters on corporate issues. Roy later withdrew his resignation.

CPI(ML) general secretary Dipankar Bhattacharya, who visited the RSP office here to offer his condolences, remembered the veteran leader fondly. “He was 84 and had been ailing for quite some time. Have fond memories of interacting with him in so many meetings and conferences of trade unions and Left parties in Delhi. Adieu, Comrade Abanida! #RedSalute,” he said in a tweet.

TMC MP Dola Sen recalled the role Roy played for jute mill workers.”Saddened by passing away of respected senior Trade Union Leader Abani Roy. Like many others, he took a very important role for Kanoria Jute workers. Deep respect to him,” she wrote on Twitter.