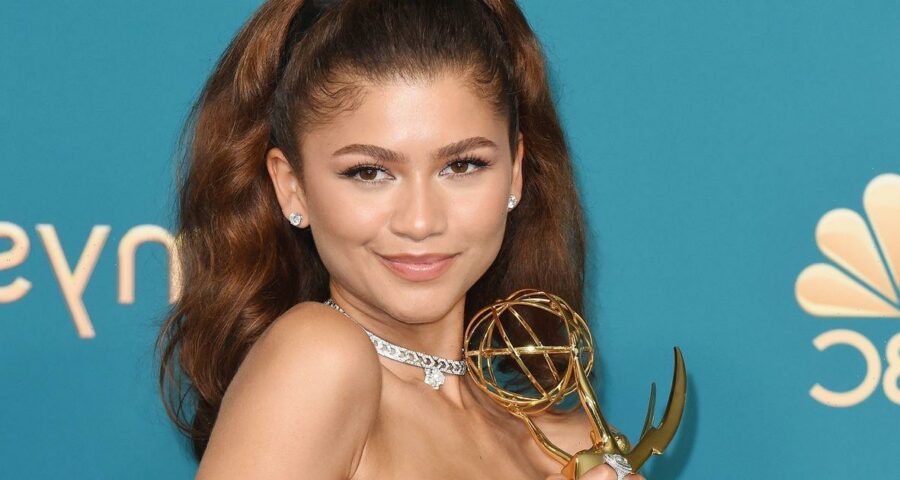 Zendaya has made awards season history by becoming the youngest two-time lead acting winner for her role as a teenage drug addict on HBO's Euphoria.

The 26 year old, who plays recovering addict Rue on the show, previously broke records last year when she won the Emmy for Outstanding Lead Actress in a Drama Series in 2020 as the youngest actress ever to win the award.

This year, at the 74th annual ceremony in Los Angeles, she won it again.

Zendaya was elated when she picked up the Emmy. Her emotions showing, she added: "Thank you for making such a safe space to make this very difficult show, I love you all so much. Thank you to the academy, thank you to my friends and family, some of which are here tonight."

The winner continued: "Thank you to Sam for sharing with me. Thank you for believing in me, even in moments when I didn't believe in myself." The actress also known for her role in Marvel's Spiderman next to Tom Holland, went on to make a touching speech about helping others through a character that struggles with addiction.

"I want you to know that anyone who has loved a Rue, or feels like you are a Rue, I'm so grateful for your stories and I carry them with me and carry them with her. Thank you so much." In winning the award, Zendaya beat Killing Eve's Jodie Comer and Sandra Oh, as well as Reese Witherspoon who was nominated for her role in Apple TV's The Morning Show.

Euphoria racked up an outstanding 16 nominations for this years Emmy Awards, including outstanding drama series.

There have been two seasons of the show and it has now been renewed for a third season too. The series is available to watch in the UK on Sky and on Now TV.