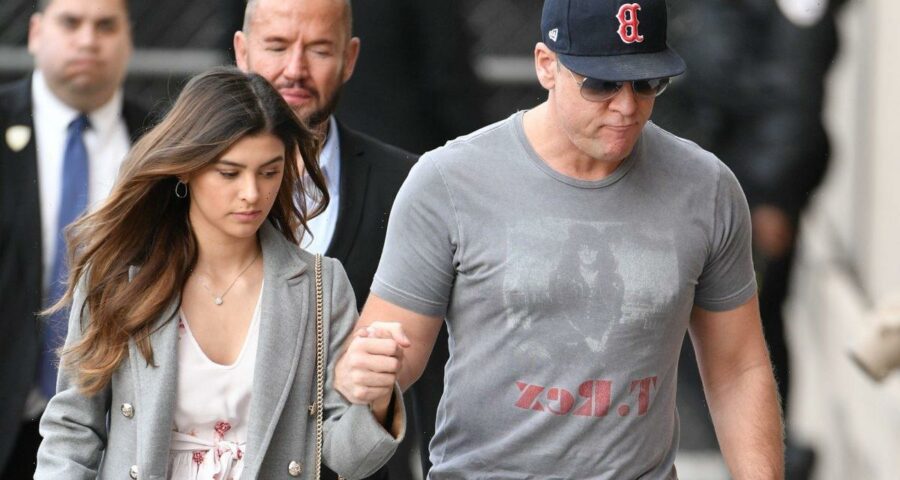 When it comes to famous comedians, some stand out more than others. Chris Rock, Jerry Seinfeld, Dave Chappelle, and Kevin Hart are just a few of the most renowned comedians in the biz. Over the past few years the comedy industry has tearfully said goodbye to legends like Robin Williams and Don Rickles. There is no doubt that comedy has brought countless laughs to audiences everywhere over the ages, but with it sometimes came a bit of a drama and controversy. That definitely seemed to be the case for stand-up comedian Dane Cook.

From his career to his personal life, Cook was subjected to a lot of speculation and criticism. Take a look back at Cook’s career and find out what the deal is with his 22-year-old girlfriend Kelsi Taylor.

Dane Cook’s journey in the spotlight

Cook, a Boston native, started building his comedy career during the 1990s. Cook was known for his anecdotal skills as a stand-up performer, but he also made a name for himself as an actor. IMDb has shared the many roles Cook landed in the initial period of the career. In 1995, he was cast as Kyle on the TV series Maybe This Time. A few years later Cook took the screen as Tim in Flypaper.

As the comedian entered the 2000s he was able to take advantage of the ever-changing social media platforms that were surfacing on the web and in society. Through Myspace Cook’s fan base quickly grew, and in no time he had become a well-known celebrity in Hollywood. To this day, Cook is often best remembered for his role of Charlie in Good Luck Chuck.

Unfortunately, things took a bit of a turn for the successful comedian when he was accused of stealing several of Louis C.K.’s jokes. On top of this, Cook’s personal life didn’t seem to help matters.

In 2018 Cook opened up about his relationship with Taylor, and Us captured all of the juicy details. The two met at a game night hosted by Cook, and their connection to one another simply couldn’t be ignored.

Many of Cook’s fans and followers were taken aback to hear about the 26-year age gap between the couple but, nonetheless, were still curious as to who exactly Taylor is.

Taylor, a 22-year-old musician, also works in the fitness field as well as the acting industry. On her Instagram account, the ambitious young woman calls herself a “Spreader of Positivity”. When it comes to acting, Taylor’s fans have enjoyed her in series such as The Funny Bunch and movies like Can. Most recently, the actress was cast in the 2021 film Shadows.

The California native has gained a lot of followers over the last few years, and part of that definitely seems to be a result of her highly-talked about but also incredibly sweet relationship with Cook.

Cook received a lot of heat when he revealed the details behind his relationship with Taylor. Much of the public accused him of “robbing the cradle”, so to speak. However, after taking one glance at the couple’s photos and posts, it seems obvious that they are completely smitten with one another.

When the pair celebrated their two-year anniversary together Cook shared an intimate photo on Instagram, and the caption read, “When I met Kelsi I had zero idea I was actually meeting my best friend.  I’ve never felt so loved & I’ve never been able to give the amount of love that I can with her. This is a special relationship and she is a special human being and she makes me feel special too. … I’m happier in my life & career than I’ve ever been before. Her support and love is the greatest.”

Taylor’s social media posts and comments pretty much send the same message. Though much of the world may not understand or approve of their relationship, despite the age difference, Cook and Taylor definitely seem to be happily committed to one another.