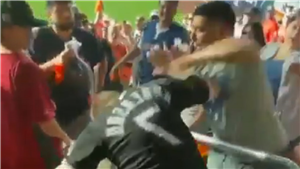 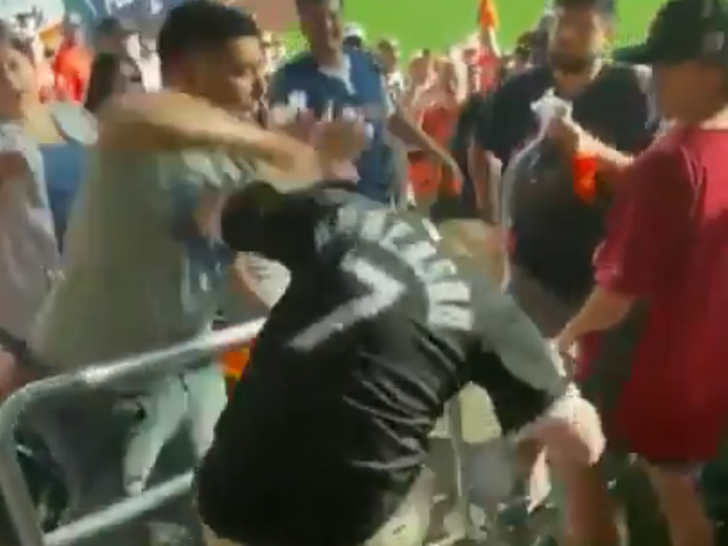 A White Sox fan is fortunate to have avoided serious injury at the team’s playoff game Thursday … because he was struck by a huge haymaker during a fight with Astros fans — and it was scary.

The violent scrap went down at some point during Houston’s win over Chicago at Minute Maid Park … when a fan in a Tim Anderson jersey got into it with an Astros supporter.

In the footage, filmed by a bystander, you can see the Houston fan poured his drink all over the guy … who then retaliated by shoving the man down a row of seats.

Immediately after the push, another Astros supporter came in with a monstrous right hand … connecting with the White Sox fan’s left cheek.

The guy in the Anderson jersey hit the floor hard … but when he got up, he was punched in the face one more time.

Another angle of the fight appears to show the altercation was eventually broken up by other fans in the section.

It’s unclear if police were involved or if any arrests were made … we reached out to cops, but so far, no word back yet.