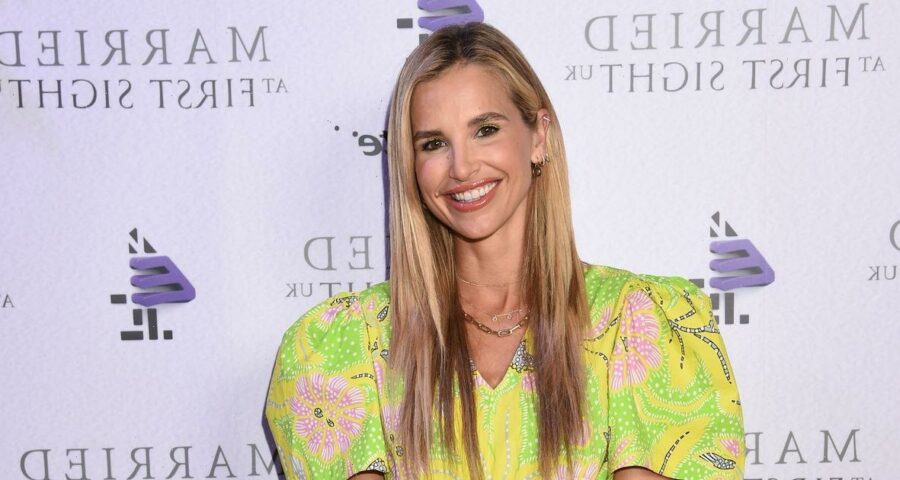 The model and presenter, 36, hosted the event which was attended by many of the show's stars.

Vogue looked chic as she sported a mini yellow and green dress. She also wore her slick straight hair down and dressed her ears with hooped gold earrings.

Taking to her Instagram to express her excitement about hosting, Vogue wrote: "Vvvvvvvv excited to be hosting this event! I've seen the first episode and it is BRILLIANT!"

She then shared a post of the series that showcased the cast members.

Morag looked gorgeous as she rocked a brown dress that showed off her toned stomach.

Her blonde hair rested on her shoulders while she carried her gold bag that matched her heels.

Anna looked very smart as she sported a white blazer jacket with a black dress underneath.

She also rocked black heels that had gold accessories on them.

Wearing minimal makeup, Anna wore her hair up and dressed her ears with gold hoops.

Her toe nails were perfectly painted with the colour white as she wore transparent heels.

Nikita's hair was also slicked back in a pony tail.

She also complemented her look with a Louis Vuitton and rocked a straight hairstyle.

He also sported black sunglasses, a silver wrist watch and a silver necklace.

Married At First Sight UK follows 16 singles meeting their suitors at the alter for the first time on their wedding day.

After six weeks has passed from when they said 'I do', the couples then get to choose if they want to stay with their partner or exit.