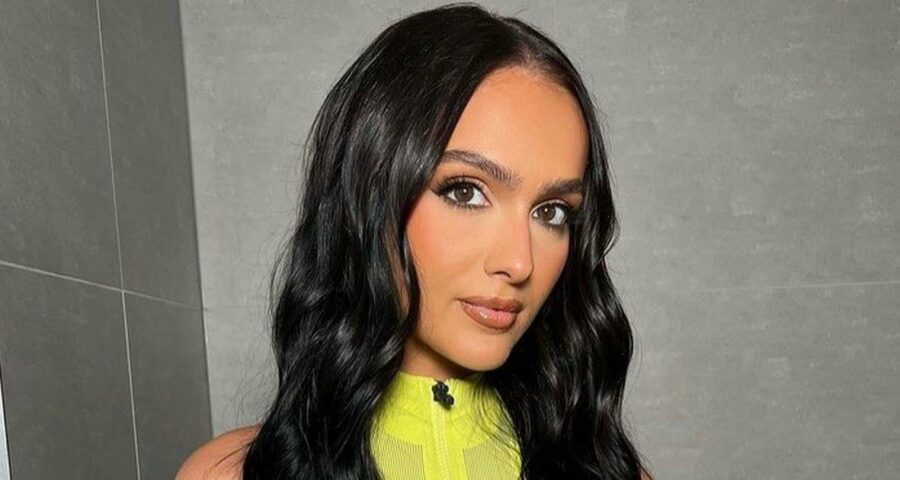 Love Island 2020 favourite Siânnise Fudge has finally given fans a glimpse at her brand new mystery man after dropping hints about her secret relationship for several weeks.

Posting a snap to her Instagram story of a topless and tattooed male – believed to be model Chris Beviere – lying across her lap, the 28 year old brunette beauty appeared to be a picture of loved-up bliss.

The ex-Islander gently stroked her mystery man’s hair as he dozed sleepily in the snap.

Despite only having gone 'Insta official' himself with Chelsea in July, 25 year old Luke seemingly confirmed their alleged engagement last week after Chelsea showcased a large diamond ring on her ring finger at a red carpet event.

The pair reportedly live together in South West London and share dogs Nala and Tequila.

Siannise and Luke met in the South African villa on the winter edition of Love Island in 2020. The pair came second to Paige Turley and Finn Tapp and were together until last November when fans noticed they had been absent from each other’s social media. Siannise was subsequently spotted moving out of the flat they shared together.

The pair were famed for their iconic street dance together in the Love Island Talent Show. Sporting matching orange and camouflage outfits, the couple were in perfect sync as they bobbed and weaved on the dance floor, finishing the performance with a big kiss.

Earlier in the summer, Siannise appeared on Love Island: Aftersun and confirmed that for now she was focusing on herself and taking a break from dating.

When host Laura Whitmore asked if there was a special man in her life, she replied: “Well guys, I'm sorry to disappoint, but I’m not dating at the moment I’m actually just enjoying me. I’m all about the self-love and I’m just concentrating on myself.

“I’ve been spending a lot of time with family at home I’ve got a new baby niece now and she's absolutely gorgeous."

She added: "I'm happy and I’m focusing on my work so yeah!”

The Bristolian was first spotted with Chris back in February when the pair jetted off to St Lucia together.

Chris shared footage of Siannise emerging from a pool in a black bikini, captioning the post with two love heart eye emojis and: “Serving.”