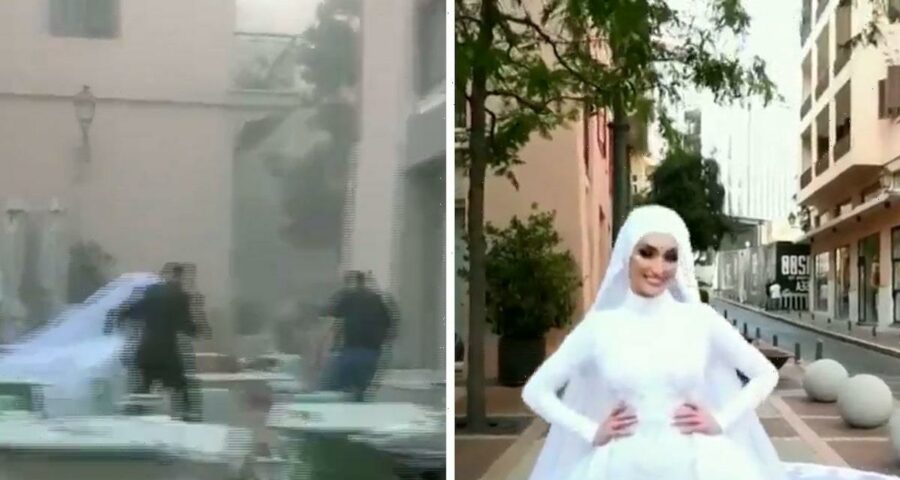 This is heartbreaking … a beautiful bride draped in a stunning white gown was in the middle of taking her wedding pics when Beirut was decimated by an atomic-like explosion, and it was all caught on video.

The 27-second video taken Tuesday starts with the camera zooming in on the happy bride, but within seconds the blissful moment turns into utter horror as 2,750 tons of ammonium nitrate explodes … obliterating Lebanon’s capital and killing hundreds.

You can see in the video the videographer runs for cover as does the bride and the rest of the party. It doesn’t appear any of them were seriously hurt. It’s unclear how close this party was when the massive blast occurred, but its impact was still felt as it destroyed surrounding buildings.

The death toll from the Beirut explosion has now reached at least 135 and at least 5,000 injured. Hundreds, if not thousands, are still unaccounted for as Beirut, already teetering on the edge of economic collapse, figures out how to recover from yet another devastation.