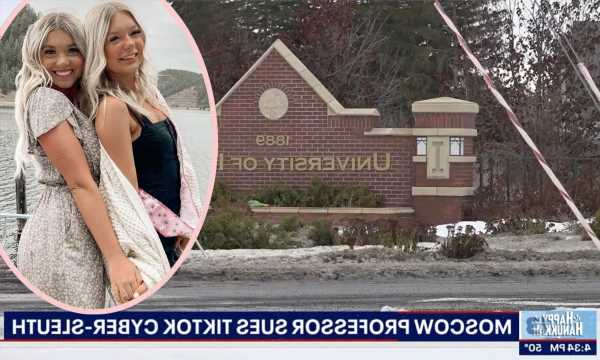 The Moscow Police Department is ruling out yet another suspect in the University of Idaho murders.

As we’ve reported, Kaylee Goncalves, Maddie Mogen, Ethan Chapin, and Xana Kernodle were found dead in their off-campus home in Moscow, Idaho, way back on November 13. Authorities have not identified any suspects, nor have they located the murder weapon — believed to have been a large combat knife. They have at least ruled out several suspects, including someone who spoke with Maddie and Kaylee at a food truck, the person who drove them home that night, a man Kaylee reached out to multiple times that night, and the two surviving roommates, who escaped the massacre completely unharmed.

As we’re nearing the two-month mark since these brutal slayings, people have grown increasingly frustrated with the lack of progress made in the case. Speaking with KREM 2, Moscow Police Chief James Fry defended law enforcement, saying they’re doing their best to find answers:

“We’re fact-finders. That’s what an investigation does. Puts all the pieces together and paints a picture so when an arrest is made, goes to trial, we can lay that all out for a jury to be able to see the facts and see how we got from point A to point B.”

But the longer the public goes without any answers, the more internet sleuths try to solve the mystery themselves. Sometimes it works out, especially with missing persons cases. After all, people sharing info online helped find the remains of Gabby Petito, and a YouTube channel found California teen Kiely Rodni. Sometimes though… people get way ahead of themselves and start pointing fingers…

TikTok user Ashley Guillard made a series of videos accusing associate professor and the chair of the history department at the University of Idaho, Rebecca Scofield, of being responsible for the murders. She claimed the teacher was romantically involved with one of the victims, and that was the motive behind the murder.

But this isn’t a game of Clue. Making this kind of claim is serious! Scofield sent two cease-and-desist letters — and when Guillard refused to stop posting videos about her, she actually sued for defamation!

So what does the Moscow Police Department have to say about the situation? Well, it looks like they’re also calling BS on the wild theory. On Tuesday, police released an update on Facebook, saying they “do not believe” Rebecca is connected to the quadruple homicide. MPD wrote:

“At this time in the investigation, detectives do not believe the female associate professor and chair of the history department at the University of Idaho suing a TikTok user for defamation is involved in this crime. The Moscow Police Department will not provide a statement about the ongoing civil process.”

Sounds like the prof has a pretty good case…

While investigators aren’t buying the theories pushed by Ashley, they do think “someone has information” out there that will be critical to figuring out what happened that horrible night. They pleaded with the public to continue sending in any information they have about that night — just not so much with the theories:

“Investigators believe someone has information that adds context to what occurred on the night of the murders and continue requesting additional pictures, video, and social media content. Our focus remains on the investigation, not an individual’s activities displayed in the tip. Whether you believe it is significant or not, your information might be one of the puzzle pieces that help solve these murders. Digital submission of tips and leads will not be publicly disclosed due to our ongoing commitment to keep information private and details may be pertinent to the ongoing criminal investigation.”

If you have info, you can call the tipline at 208-883-7180 or send digital media files directly at fbi.gov/moscowidaho.